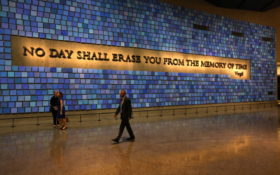 The National September 11 Memorial & Museum on Friday announced the opening of a special installation to commemorate the 25th anniversary of the 1993 truck bombing of the World Trade Center.

The museum said the installation is part of a monthlong series of events marking the deadly attack that killed six people and injured more than 1,000 others.

“The ramifications of the 1993 attack on the World Trade Center continue to reverberate today,” museum president Alice M. Greenwald said. “We invite the public to join us during the month of February as we mark this historic milestone in remembrance of those killed, to honor the courage of those who responded, and in recognition of those who survived.”

The “Remembering the 1993 Bombing at the World Trade Center” installation tells the story of the bombing plot, its effects on the 16-acre (6-hectare) site and efforts to bring the perpetrators to justice.

The installation, on view from Feb. 1 through March 5, features a model of the World Trade Center parking garage created by the FBI to demonstrate the immense scale of the bomb crater.

Also featured is a farewell letter written by Carl Selinger, a Port Authority of New York and New Jersey employee who was stuck in a North Tower elevator and feared he wouldn’t survive.

Selinger was rescued hours later by New York Police Department Sgt. Timothy Farrell, who is now retired. The two will be reunited for the first time in a Feb. 12 public program featuring the 1993 bombing survivors.