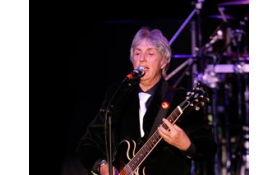 Cory Wells, a founding member of the popular 1970s band Three Dog Night and lead singer on such hits as “Never Been to Spain” and “Mama Told Me (Not to Come),” has died at age 74.

Wells experienced acute back pain weeks ago and died suddenly Tuesday in Dunkirk, where he had lived, bandmate Danny Hutton said.

“Cory was an incredible singer — a greater performer, he could sing anything,” Hutton said.

Vocalists Wells, Hutton and Chuck Negron formed Three Dog Night in 1967, lifting the name from Australian slang for especially cold weather. They added a backing band as they became a top group over the following decade, specializing in covers of songs by Randy Newman, Harry Nilsson and Paul Williams, among others.

Dubbed the “kings of oversing” by Village Voice critic Robert Christgau, they patented a fervent, gospel-influenced style on such hits as “One,” ”Eli’s Coming” and the chart-topping “Joy to the World.”

Band members took turns on lead vocals, with Wells’ singing featured on “Shambala,” ”Never Been to Spain” and the No. 1 hit “Mama Told Me (Not to Come),” Newman’s comic tale of an innocent man at a wild party.

Wells, a Polish-American with several polka players among his relatives, was born Emil Lewandowski in Buffalo. He joined the Air Force right out of high school and performed in local groups after returning. He moved to Los Angeles in the mid-1960s and while in the house band for the popular club the Whiskey A-Go-Go he met Hutton, a writer and producer at the time with Hanna-Barbera Records.

Wells is survived by his wife, two daughters and five grandchildren.