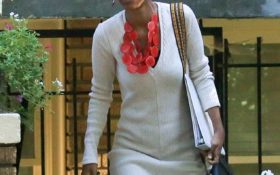 Tuesday’s primary elections offered major insights into the upcoming 2020 election — and they point to an increasingly divided America.

Far-left Rep. Ilhan Omar of Minnesota has survived a stiff Democratic primary challenge from a well-funded opponent who tried to make an issue of her divisive rhetoric and national celebrity.

Omar defeated Antone Melton-Meaux, an attorney and mediator who raised millions of dollars. The victory means Omar is nearly certain to easily win a second term in November in her solidly liberal 5th Congressional District.

Omar in 2018 became one of the first two Muslim women elected to Congress, building on a national profile that started when the onetime refugee from Somalia was elected to the Minnesota Legislature just two years earlier.

Her aggressive advocacy on far-left issues, controversial statements on Jews, accusations of numerous acts of fraud all surfaced during her first term, and her eagerness to take on Donald Trump, made her even more prominent. She is known as one of the four “squad” members of far-left progressive first-term congresswomen of color.

On the other side of the country, far-right Marjorie Taylor Greene has won the Republican nomination for Georgia’s 14th Congressional District.

She’s a businesswoman who has expressed support for a far-right conspiracy theory and has been criticized for a series of controversial comments on race.

Greene beat neurosurgeon John Cowan in a primary runoff for the open seat on Tuesday.

That’s despite several moderate GOP officials denouncing her campaign after videos surfaced in which she expresses controversial views. She has responded to the criticism by blasting “the fake news media” and “the DC swamp.”

Her victory comes in a deep-red area in northwest Georgia.

Greene will face Democrat Kevin Van Ausdal in November. Republican Rep. Tom Graves, who did not seek reelection, last won the seat with over 76% of the vote in 2018.

Lewis, a one-term congressman and former conservative radio host, had the name recognition and money to easily beat several challengers on Tuesday. Lewis has spent months on a mostly virtual campaign aimed at taking down Democratic Sen. Tina Smith.

He has been an outspoken critic of the state’s coronavirus restrictions, and he has worked to tie Smith to what he calls “heavy-handed lockdown measures.”

Smith is seeking election to her first full term since being appointed to replace Al Franken after Franken was caught up in sexual misconduct allegations. She won the Democratic primary Tuesday.

The fall campaign is shaping up as a referendum on President Donald Trump, who came close to carrying Minnesota in 2016 and is making an extra push to win the state this time.

Democratic Sen. Tina Smith has won the Democratic primary in Minnesota as she seeks to win her first full term in the seat once held by Al Franken.

Smith faced four little-known opponents on Tuesday. She was appointed to the seat in early 2018 after Franken resigned amid sexual misconduct allegations. She won an election later that year to finish the remainder of his term.

Smith is a former lieutenant governor. Jason Lewis, a one-term congressman and a former syndicated radio talk show host, was the favorite among Republicans seeking to challenge her in November. He is a staunch Trump supporter.

The fall campaign is shaping up as a referendum on President Donald Trump, who came close to carrying Minnesota in 2016 and is making an extra push to win the state this time.

Smith says she has a record of working across party lines to get things done despite being in the minority in the GOP-controlled Senate.

The 48-year-old Zuckerman, a Hinesburg farmer, says he was motivated to run by what he calls “the imperative nature of the climate crisis.” Zuckerman says he thinks Scott is “a really admirable person,” but he hasn’t been really visionary on how to address these issues.

Scott cruised to the Republican Party’s nomination to seek his third, two-year term as the state’s governor.