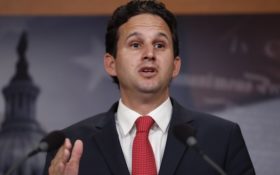 A timeline shows Hawaii officials botched efforts to immediately correct a false missile alert over the weekend, taking more than 20 minutes to contact federal authorities for approval they didn’t need and then taking another 15 minutes to cancel the alert that was sent to mobile devices statewide.

The astonishing error and dismal response has prompted both state and federal investigations and left one of the state’s U.S. senators wondering aloud if top brass at the Hawaii Emergency Management Agency should be replaced.

“I think (Gov.) David Ige has a tough decision in front of him, and it’s his call,” Sen. Brian Schatz told reporters Wednesday. Either way, the state has a long road ahead in restoring the public’s confidence in the alert system, the Democrat said.

Nearly 40 minutes passed between the time Hawaii officials fired off the bogus alert about an incoming missile over the weekend and the moment the notice was canceled.

The confusion raises questions about whether any state should be solely responsible for notifying the public of such an event. The debate comes as North Korea claims it is testing weapons that could deliver a nuclear-tipped ballistic missile to Hawaii, Guam and even the U.S. mainland.

Hawaii is the only state in the nation with a pre-programmed alert that can be quickly sent to wireless devices if a ballistic missile is heading toward the U.S. FEMA said Hawaii did not require its approval to cancel the alert on Saturday.

U.S. Reps. Colleen Hanabusa and Tulsi Gabbard, both of Hawaii, have asked the House Armed Services Committee to hold a hearing on the issue.

They said in a letter to the committee Tuesday that it’s understandable for states to have primary jurisdiction over warnings for floods, hurricanes and other natural disasters.

“However, when it comes to matters of national security, including whether a ballistic missile has been launched against the United States, one must question whether any state emergency management agency is best suited for that role,” the letter says.

The two networks that were activated in Hawaii were the Wireless Emergency Alert and the Emergency Alert System, both of which use a federal system to send messages to people in certain geographic areas.

The systems can be used by state and federal agencies for weather events, natural disasters, law enforcement notifications and alerts issued by the president.

Signal carriers allow people to block alerts from state and law enforcement agencies, but not those issued by the president.

“The decision to send a national alert directly to the public rests with the president,” FEMA spokeswoman Jenny Burke told The Associated Press in an email.

FEMA has the ability to send alerts to targeted audiences but has not yet taken on that responsibility, said Daniel Gonzales, a senior scientist at RAND Corp. who was contracted by Homeland Security to study the Wireless Emergency Alert.

Gonzales said under the current system, it makes sense for states to handle alerts because they may be more familiar with local needs. But he acknowledged that since no state except Hawaii has a prepared message, it could take other states as long as 30 minutes to create, enter and distribute a missile alert.

In addition, there is uncertainty about how long it takes for an alert to make its way to all cellphones since the nationwide system for mobile devices has never been tested, Gonzales said.

He said the process could add another five minutes, further cutting into the time that people have to prepare for a disaster.

Sending a national alert could cause more problems than a targeted alert, he said.

“I think you want to be careful about not causing panic everywhere,” he said.

In case of a real launch, U.S. Pacific Command would notify Hawaii state officials, who would then activate their warning systems for residents and visitors.

It is estimated that a ballistic missile would take about 20 minutes to reach Hawaii from North Korea. State officials say it would take about five minutes for the military to analyze the launch trajectory, leaving only 12 to 15 minutes of warning time for residents.

There has never been a national emergency warning sent to mobile devices, radio or television, FEMA said. The agency has conducted three tests of the national public warning system for radios and television only.

Trump acknowledged people’s fears, saying that “part of it is that people are on edge, but maybe, eventually, we’ll solve the problem so they won’t have to be so on edge.”