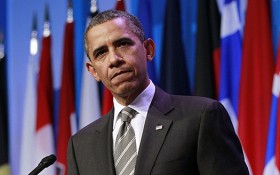 Under an Obama Administration restructuring of federal sentencing guidelines, thousands of federal inmates convicted of felony drug crimes are going to be released in early November before their sentences are up.

And according to multiple reports, up to 2,000 of these first 5,500 inmates set to be released into the population are foreign migrants, at least some of whom may have ties to Mexican and other overseas drug cartels.

It is estimated that the prison terms for these convicted felons are being slashed by an average of 25 months, and most of those eligible for consideration have long sentences for major crimes.

The Justice Department estimates that roughly 40,000 prisoners could be released using the program in the coming years.

The changes are part of a national effort to rethink decades-long sentences for drug offenders, who are roughly half the federal prison population.

And while the Obama Administration is promising to immediately deport any illegal immigrants released under the program, weak border security means there’s literally nothing to stop them from crossing into America again.

And it remains unclear how many of these illegal immigrants convicted of drug offenses may have ties to cartels that are flooding America with drugs. Mexican cartels are currently estimated to control the majority of the American drug trade. And these cartels have a long history of using illegal immigrants as both drug smugglers or “mules” and drug dealers.

Though sentencing guidelines are advisory rather than mandatory, judges still rely heavily on them in deciding on prison sentences. The guidelines recommend sentences that factor in the types and quantities of the drugs. The commission in April voted to lower recommended sentences across all types of drug offenses — meaning, for instance, that a cocaine package of a given size would now be linked to a shorter range of punishment than before.