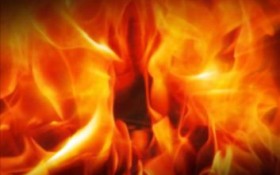 Authorities say three Good Samaritans helped save a woman’s life when they pulled her from a car just before it burst into flames on the side of a Minnesota highway.

One of those three was Sean Kehren, a college student. Kehren tells the Star Tribune he was driving along Interstate 35 near Hinckley on Sunday when he saw a vehicle ahead of him crash.

Kehren says he stopped and ran to the wrecked car. Two other people helped him to get the woman to safety. The newspaper reports the car caught fire seconds later. Dashcam video shows it engulfed in flames.