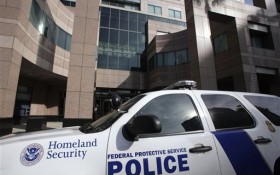 WASHINGTON (AP) — The Homeland Security Department missed clear warning signs of a disgruntled federal agent’s descent toward violence and could have intervened before he started a deadly gun battle inside a government office building in southern California, according to a confidential, internal investigation obtained exclusively by The Associated Press. 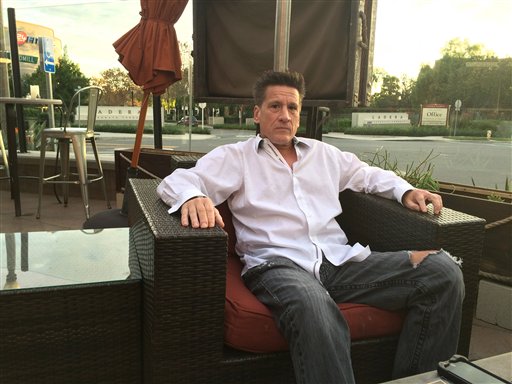 The government’s 18-month investigation revealed new details about the private life of the dead supervisory agent, Ezequiel “Zeke” Garcia, 45, and clarified how the February 2012 gun fight unfolded inside the Long Beach offices of U.S. Homeland Security Investigations. Garcia died from a gunshot to the back of his head, and an unarmed senior regional manager, Kevin Kozak, suffered serious wounds to his hands, abdomen, back and leg.

Garcia’s supervisor, Perry Woo, killed Garcia after Garcia fired 23 rounds in an estimated 17 seconds from his service pistol during a disciplinary meeting.

The AP obtained a censored copy of the 36-page report, five months after requesting it under the U.S. Freedom of Information Act. Kozak, 54, who struggles with debilitating injuries and may lose his leg, filled in key details during an exclusive interview with AP that the Homeland Security Department discouraged him from granting.

The government concluded that Garcia was a walking advertisement for workplace intervention. His previous supervisor, John Rocha, said he had to “talk (Garcia) off the ledge every day in an effort to motivate him to work,” the report said.

Garcia was the subject of four sexual harassment complaints one year earlier, which later were substantiated. He told coworkers that managers were unfairly scrutinizing him in order to demote him after 21 years in federal law enforcement.

“The review revealed missed opportunities for intervention that, had they been pursued, may have prevented the tragic result,” the report said. Still, the report said “no reasonable person could have predicted” the shooting.

Woo and Rocha declined to speak to the AP through a government spokesman. 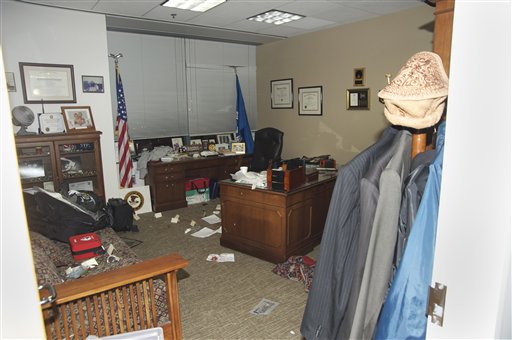 During a late-afternoon disciplinary meeting with Woo and Kozak, Garcia rose from his chair, drew his pistol and fired across the desk at Kozak, who wrestled with Garcia over his gun.

Kozak screamed at Garcia, “Don’t do it! It’s not worth it! We both have kids.” Garcia answered, “It’s too late!”

Kozak collapsed behind the desk, as Garcia circled to continue firing. Woo fought for the gun, but Garcia threw him onto an office couch and planted his weapon against Woo’s head. Badly bleeding from at least seven bullet wounds, Kozak stood to attract Garcia’s attention.

“Zeke, it’s me you want! I’m here!” he yelled. When Garcia turned toward him, Kozak yelled to Woo: “Shoot him! Shoot him!”

Woo drew his weapon and shot Garcia once, fatally.

—The government briefly revoked Garcia’s authorization to carry his gun and badge in August 2011, six months before the shootings, because he told Los Angeles supervisor, Rocha, that he had been taking Vicodin over the previous eight months for back pain. Rocha said he opposed Woo giving Garcia back his gun because he worried that Garcia was suicidal or might hurt others, but Rocha said he was overruled and didn’t memorialize his concerns over fears Garcia might sue him. More than three years after the shootings, the government hasn’t changed its rules to make it harder for federal agents to get their guns back in such cases.

—Around the same period, Garcia told a medical staffer, “he felt as though he was mentally shutting down” but was not suicidal, the report said.

—Before the shootings, the Homeland Security Department held training for federal employees to recognize signs of potential workplace violence, including absenteeism, depression, physical complaints, mood swings and talking about problems at home. Rocha said he had recognized those signs in Garcia.

—Garcia was deeply bitter about what he perceived as unfairness when he was transferred after the harassment complaints from Orange County to Los Angeles, some 80 miles from his home in Murrieta, California. The commute irritated his back and impacted efforts to reconcile with his estranged wife. He believed his team was being scrutinized and unfairly expected to show up at 8:30 a.m. and account for agents working under him on a whiteboard. He was then transferred to the agency’s Long Beach office, and denied a request to move to its San Bernardino office.

— Garcia was denied permanent disability payments on a back and neck injury he said he suffered in a mistaken 1997 arrest by the Los Angeles Police Department while he was working undercover. He was “not able to obtain justice, to his satisfaction,” the report said.

The shooting, he said, “should never have happened.”