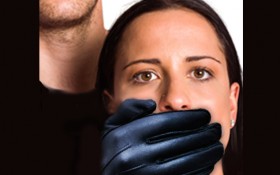 It’s the most disturbing crime wave you’ve never heard of – a story so explosive that the politically correct media won’t touch it.

It’s a story of organized criminal gangs of Muslim males, raping and selling into sexual slavery underage girls all across England.

This is not the fantasy of hysterical racists or bigots. This isn’t so-called “Islamophobia.”

It’s very real. And both the police and the press have been working feverishly to keep it under wraps.

Over the past several decades, gangs of Muslim men have been kidnapping, torturing, raping, enslaving, buying and selling girls — almost always white non-Muslim girls — as young as 12 years old, all over England.

In the city of Rotherham, some 1,400 young girls were abused, raped, tortured and brutalized over a period of 15 years.

“Men of Pakistani heritage treated white girls like toilet paper,” according to a 2014 article in The Telegraph, after which the media largely went silent, even though the problem continued to grow. “They picked children up from schools and care homes and trafficked them across northern cities for other men to join in the fun. They doused a 15-year-old in petrol and threatened to set her alight should she dare to report them.”

Even more outrageous, parents and victims came forward very early on – but were stonewalled by a police department and other local officials that refused to take action and instead helped cover up these heinous crimes by doing little or nothing at all.

Their reason is sickening.

“Several councilors interviewed believed that by opening up these issues they could be ‘giving oxygen’ to racist perspectives that might in turn attract extremist political groups and threaten community cohesion,” concluded a report commissioned by the Rotherham Borough Council.

It’s a pattern repeated across the United Kingdom. Similar cases have been uncovered in Derby, Oxford, Bristol, Shropshire, Peterborough, Banbury, Aylesbury, and more — and each story seems to fit a disturbing pattern that could become an epidemic.

The book “Easy Meat: Inside Britain’s Grooming Gang Scandal” estimates that between 100,000 and up to 1 million girls have been victimized by dozens of sex gangs operating throughout the country – often with impunity.

Local police departments are afraid to investigate. In fact, according to “Easy Meat,” parents in numerous cases have been arrested for trying to get their daughters back – and girls who’ve escaped have even been returned to their abusers by authorities.

When police do attempt to investigate, they’re stymied by an insular and defensive community.

And in the instances when they’re caught, the convicted attackers have shown utter contempt toward their victims and even the legal system in its entirety, which they feel has no jurisdiction over them as Muslims.

“In 40 years of practice, I have never seen a dock that has been as insolent and disrespectful as this one,” Judge Roger Thomas QC at Bradford Crown Court said when sentencing 11 men who had groomed and raped a 14-year-old girl in Keighley. “I have the poorest of opinions about the defendants.”

This isn’t just a problem that exists across the ocean. It’s already happened in Colorado and Minnesota, in fact.

And critics say it could get worse.

No doubt, the vast majority of Muslims would be as appalled by this as anyone else.

But this isn’t so-called “Islamophobia.” This is a real issue, and it highlights the problems that arise when you allow a mass migration of people from another culture – and why it’s absolutely essential to ensure that any immigration program, even one for desperate refugees, include a careful and thorough vetting process.