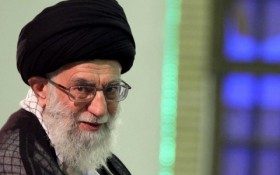 When President Barack Obama was defending his heavily criticized nuclear deal with Iran — and the need to free $100 billion in frozen Iranian assets — he said the choice was between diplomacy or war.

Now it looks like the Iranians took the money and chose war.

The country, whose supporters take to the streets to chant “Death to America,” has just been caught funding and shipping thousands of weapons to Islamic terrorists.

On Monday, the U.S. Navy says it seized a shipment in the Arabian Sea from Iran likely heading to the hands of anti-US extremists in war-torn Yemen.

The Navy said in a statement Monday that the USS Sirocco on March 28 intercepted and seized the shipment of weapons hidden aboard a small dhow, a type of ship commonly used in the Persian Gulf and Indian Ocean.

A Saudi-led, U.S.-backed coalition is fighting in Yemen against Shiite jihadists and their allies there. Officials have linked similar weapons seizures to Iran and the Shiite rebels, though the rebels deny receiving support from the Islamic Republic.