12 Marines still missing off coast of Hawaii. Here’s who they are - The Horn News 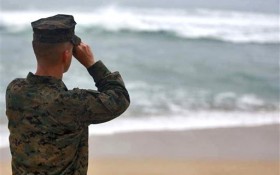 The U.S. Marine Corps has released the names of 12 Marines missing after two helicopters crashed off Hawaii. Here are some of their stories:

“This is where he grew up and went to high school, but since he graduated from the Naval Academy, he’s been on assignment,” said William Kennedy, of Malvern, Pennsylvania.

He declined further comment on his son as the search continues, but said, “we hope they’re successful.”

A statement released through a family friend said that “there are thousands praying for a positive outcome” for the Marines and the search and rescue efforts.

“We value all of the thoughts and prayers offered up on our behalf during this very difficult time.”

Cpl. Thomas J. Jardas is the brother of the reigning Miss District of Columbia.

Jardas is the younger brother of Haely Jardas, who represented the District in last year’s Miss America pageant.

Campbell attended high school in suburban Houston and then graduated from Texas A&M University with a degree in microbiology.

In a family statement, McGrew said her son accepted a commission following his graduation and became a career Marine. She told the Houston Chronicle that Campbell served three tours in Middle East, the last in Iraq. He returned to the U.S. to be a flying instructor at Pensacola, Florida, and had transferred to Hawaii about two years ago.

He and his wife, Kelli, and their children, have been living near the Marine base at Kaneohe Bay, Hawaii.

“My husband and I want everyone to know that this is not about us,” McGrew said in the statement. “This is about the families that are suffering, and about all the sacrifices that our military members and their families make on a daily basis.”

Matthew R. Drown joined the Marines shortly after graduating from a suburban Houston high school in 2011.

His family issued a statement asking for privacy to “deal with the very difficult situation,” adding that they have to remain hopeful of his rescue for his sake and others on the downed aircraft.

Drown’s former high school English teacher, Yvette Stuckey, told the Houston Chronicle she remembered Drown as a shy freshmen, but that he came out of his shell as he grew, eventually participating in debate tournaments.

His speech and debate teacher, Angie Richard, recalled him as “very happy, always smiling” and showing a confidence in public speaking “unusual among high school kids.”

Stuckey said she was “shocked but so excited” when Drown told her his plans to enlist after graduation, adding that he was “really excited to follow and serve his country.”

The uncle of Minnesota native Sgt. Dillon J. Semolina said the 24-year-old wants to be a Registered Nurse when he leaves the Marines.

“He was waiting to hear from a school he had applied to and was hoping to hear next week,” said his uncle, Ryan Bachand.

Semolina is an impressive young man, respectful and positive, Bachand said. He had been a good football player at Delano, Minnesota, high school.

The family still holds out hope that he and others missing will be found alive, Bachand said.

But as hopes have dimmed, Bachand said he would cherish memories of spending time with Semolina when Bachand was a fishing guide in northern Minnesota. “I was able to teach him how to fish,” he said.

A GoFundMe page to raise money to send Semolina’s parents to Hawaii to be near where Semolina went missing had raised nearly $10,000 from 226 people by late Saturday.

Orlando’s family said in a statement released Saturday by the Massachusetts State Police that they are thankful to everyone for their love, concern and prayers. Orlando is a flight crew chief and a 2010 high school graduate from Hingham, outside Boston. His family said they are monitoring the search effort and are thankful for the hard work of search and rescue crews.

Before Orlando joined the Marines, he was a counselor at a surf camp in Hull, Massachusetts, and is a “camp legend,” the South Shore Surf Camp said in a Facebook post. “He is mentally and physically strong with the ocean experience and skills needed to survive anything Mother Nature can throw at him.” 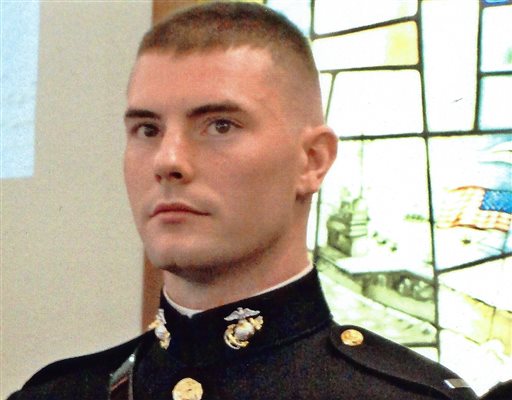 The family of Capt. Kevin Roche, 30, praised rescuers for trying to find him and the other Marines aboard the helicopters.

“We believe the Marines and Coast Guard are doing everything they can to bring Kevin and his fellow Marines home safely, and we are grateful to everyone involved in the rescue,” said a family statement distributed by brother-in-law Anthony Kuenzel in St. Louis.

The Oregonian newspaper reports that 21-year-old Ty Hart, from Stayton, Oregon, lives on base in Hawaii with his wife.

Hart’s former high school football coach and teacher, Alan Kirby, told the newspaper that Hart was a positive kid who always had a smile on his face and called him a quick learner on the gridiron.