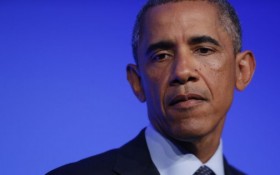 With the death of conservative Supreme Court Justice Antonin Scalia this weekend, President Obama and Democratic insiders see a golden opportunity to swing America’s high court to the left.

And a deal may very well be taking shape that could end with Obama being nominated to the Supreme Court.

With a presidential election just nine months away, Congressional Republicans are vowing to block any nominee Obama puts forward. They’re banking on a GOP win in November that would allow Scalia to be replaced by another right-leaning justice.

But Democrats are counting on a win, too. And both Democratic candidate Hillary Clinton and Obama have flirted with the idea of her appointing her old boss to the Supreme Court.

She’s already on record as saying she “loves” the idea.

“I mean, he’s brilliant, he can set forth an argument and he was a law professor,” Clinton said at a town hall last month, before Scalia’s death. “So he’s got all the credentials, but we would have to get a Democratic Senate to get him confirmed.”

Obama himself has admitted in the past that he’s fond of the idea of being a Supreme Court justice. In a 2014 interview with The New Yorker, Obama spoke on the subject.

“I love the law, intellectually,” he said regarding his feelings toward being nominated as a justice. “I love nutting out these problems, wrestling with these arguments.”

The move wouldn’t be without precedent. Obama’s quote has critics pointing toward another former president, William Howard Taft, who was once said, “there is nothing I would have loved more than being chief justice of the United States.”

Taft got his wish.

In 1921, President Warren Harding — a political ally — nominated Taft to the Supreme Court to replace Chief Justice Edward Douglass White, whom Taft had himself nominated. Taft was successfully approved by the Senate and served as chief justice for more than eight years.

If Obama is serious about serving on the Supreme Court, he certainly has plenty of leverage. To date, he has withheld his endorsement from both Clinton and Vermont Sen. Bernie Sanders in their race to be the Democratic nominee for president.

As Clinton pointed out, it would take a Democratic Senate to confirm Obama — but that’s not necessarily out of the question. There are 34 Senate seats up for grabs this year, and Republicans are defending 24 of them — compared to just 10 for the Democrats.

Early projections have the Democrats picking up at least two seats, plus at least five other Republican-held seats are expected to be highly competitive: Florida, Missouri, New Hampshire, North Carolina and Pennsylvania.

Those races will become even more competitive with the Supreme Court in the balance as a major campaign issue.

Of course, a Supreme Court appointment makes more sense for Obama’s ego than his bank account. A Supreme Court justice earns a salary of around $214,000, while Obama is expected to command millions on the speaking circuit as an ex-president.