Christie expected to drop out of presidential race - The Horn News 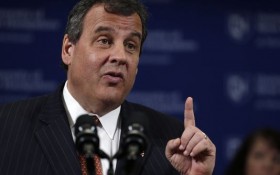 New Jersey Gov. Chris Christie is expected to drop out of the 2016 presidential race as soon as today, according to ABC News.

Christie recently cancelled an event in South Carolina on the heels of his disappointing finish in the New Hampshire GOP primary, and told a crowd of supporters in New Hampshire on Tuesday night that he was headed home to New Jersey to “take a deep breath” and assess what comes next.

Trump elaborated on “CBS This Morning” that he and Christie spoke after the primary, in which Trump won a big victory and Christie fared poorly, about Christie dropping out. Seeking endorsements from any rivals that quit the race, Trump said of Christie, “He’s a friend of mine. I’m surprised he didn’t do better.”