State sets killer free without a trial - The Horn News 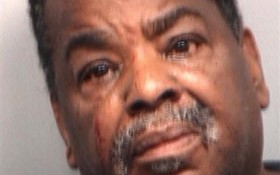 It was an unprovoked attack, according to prosecutors. A man kicked in the door and brutally stabbed an elderly Georgia woman to death while she lay in her bed at a senior citizen home. And on Monday, the murdered victim’s daughter pleaded with the Georgia Supreme Court not to let the accused killer off without a trial.

But the court has ruled in the man’s favor, setting him on course to get off scot-free… all because of a judge’s simple mistake.

The high court of Georgia said a judge can’t set a new trial for Geary Otis after having erroneously declared a mistrial in his case nearly two years ago. Otis is charged with murder in the slaying of 75-year-old Mary Oliver and aggravated assault in an attack on 71-year-old Emmanuel Surry.

“It was a mistake on the judge’s behalf. By all means, sanction the judge and give it to another judge,” Oliver’s daughter Jan Jacobs said through tears at a news conference Tuesday. “But he should not walk free. What kind of message does that send if we just let murderers walk free?”

It all began June 17, 2013, when police said Geary Otis ran up the stairs of a high-rise apartment building for seniors and stabbed Surry before kicking down a metal door and fatally stabbing Oliver. Police had to use a stun gun to subdue him, according to court records.

Otis, who was 64 at the time, was a resident in the building but didn’t know Oliver or Surry, Fulton County District Attorney Paul Howard said. Oliver was asleep in her bed and Surry had just returned from taking his uncle to the hospital.

Prosecutors were caught off guard. They objected, saying they hadn’t been notified of an insanity defense and needed more time to prepare. Grantham said she wasn’t required to give them a heads up because she didn’t plan to call any experts.

Fulton County Superior Court Judge Ural Glanville said he believed the law required prior notice. He didn’t want to keep jurors long enough for the trial to be rescheduled, so he declared a mistrial. He said he’d put the case back on his trial calendar in a couple of weeks.

Grantham didn’t want a mistrial, though, and she challenged the judge’s decision. She argued that a jury had been seated and the trial had begun, and re-trying Otis would amount to double jeopardy, which is when a person is improperly tried twice for the same crime.

Glanville rejected that argument. Grantham appealed to the state Supreme Court, which on Monday said the judge had erred and reversed his ruling.

The justices said a 1995 ruling makes clear that the defense doesn’t need to provide notice of an insanity defense if no expert witnesses are to be called. That opinion came during the sentencing phase of a death penalty case, and Glanville interpreted it as only applying in that context. The Supreme Court disagreed.

In a concurring opinion, Justice David Nahmias said the Superior Court rules need to be revised.

“It is apparent that the trial court in this case was striving to produce a fair trial, but the court erred in not abiding by our holding” in the earlier case, Nahmias wrote.

Howard said the high court’s ruling is “beyond belief” and “shocking to the consciousness of justice and fair play.” He said his office would request reconsideration.

If the Supreme Court declines to reconsider its unanimous ruling, Otis will likely be released in several weeks after being in jail for three years. The social workers in the public defender’s office are working to set him up with the help he needs.

Bryan Grantham, the husband of Otis’ trial attorney who joined the case on appeal to help his wife, said he doesn’t believe Otis will be a danger to anyone because he didn’t have a violent history.

“I think he’s a little shocked because he’s been sitting in jail for three years and, honestly, probably thought he was never getting out of custody,” Bryan Grantham said. “Now he’s got a second chance at life.