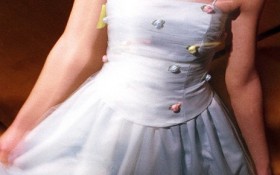 A 101-year-old Florida woman is getting a second chance at prom.

Eleanor Bessin says she attended her prom on a boat in Boston with a man she had been planning to marry. However, he went off to serve in World War II, and when he returned, he developed cancer and died. She still carries his picture.

Student government leaders from TERRA High School are setting up the dance for about 75 seniors at the Palace Nursing & Rehab. Nursing home staff will vote for a prom king and queen during Thursday’s prom.

Resident Sadie Gilbert, 86, says she was never invited to her high school prom but will now get the chance to attend.