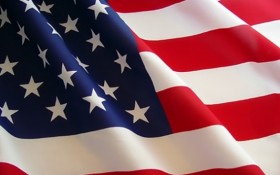 Check out the 10 photos from this year that have us at The Horn News thankful — and proud — we’re Americans. 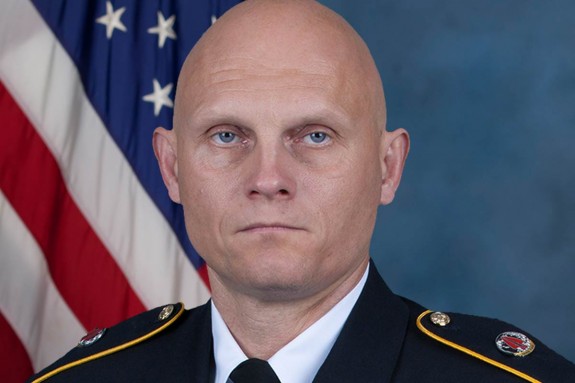 We’re thankful for all our troops whose bravery and sacrifice keep us safe. Master Sgt. Joshua Wheeler, Delta Force Commando, 11 Bronze Stars, was the first American serviceman to give his life fighting ISIS. 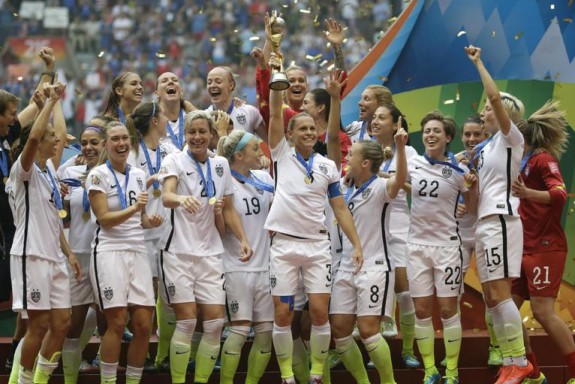 A Roeland Park, Kansas, police officer gave a homeless man a bike to commute to work with after finding out he was walking five hours each way. 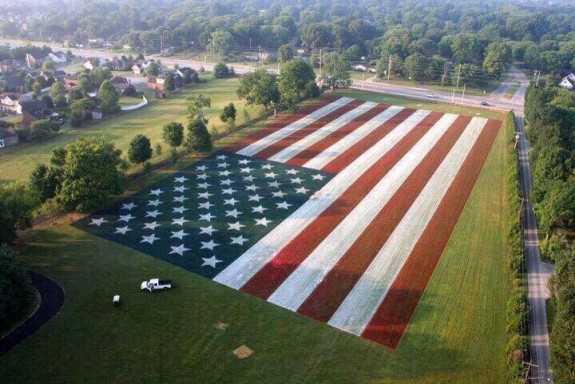 This patriot in Bowling Green, Kentucky decided to decorate his lawn for the 4th of July in true American fashion – big and proud. 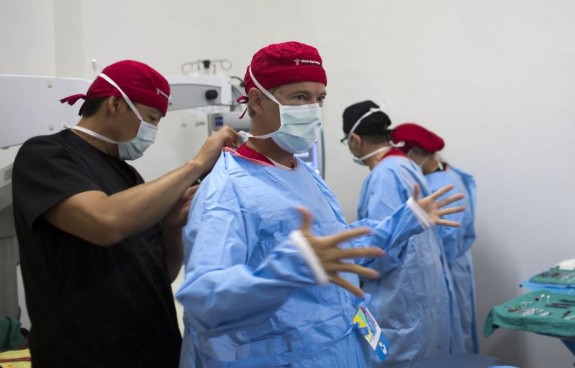 During the Senate’s summer recess in August, Sen. Rand Paul (an opthamologist) traveled to Haiti unannounced to perform pro bono eye surgery on the poor. 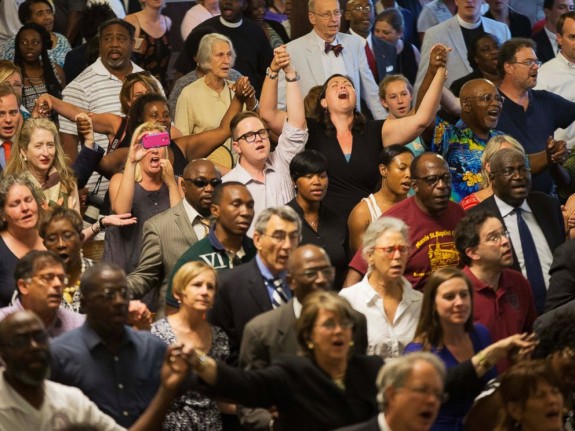 Parishioners of all races and backgrounds locked arms and joined together for a memorial service at Morris Brown AME Church for the people killed during a prayer meeting in Charleston, S.C., June 18, 2015. 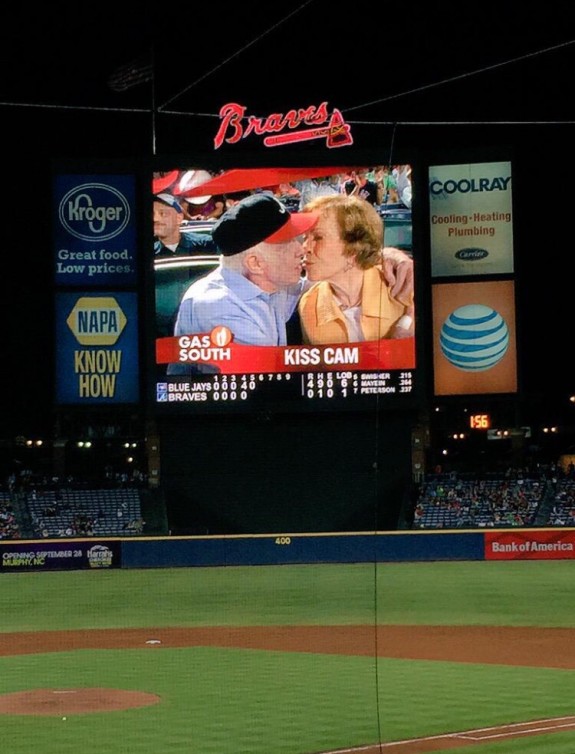 On September 17th, 2015, President Jimmy Carter and his wife Rosalynn, briefly after Carter was diagnosed with cancer, were caught on the Atlanta Braves stadium kiss cam. 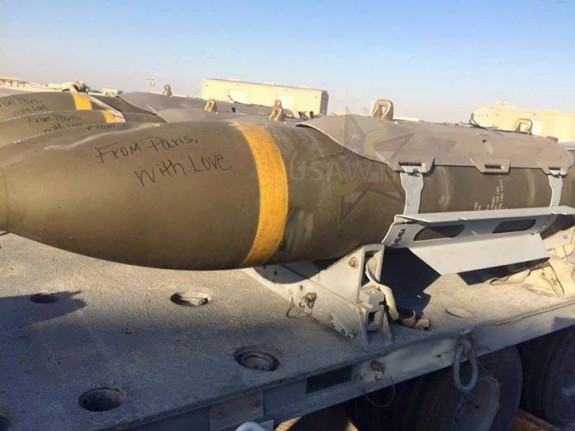 Following the Paris attacks of November 13th, 2015, a US Air Force serviceman had a message for ISIS. 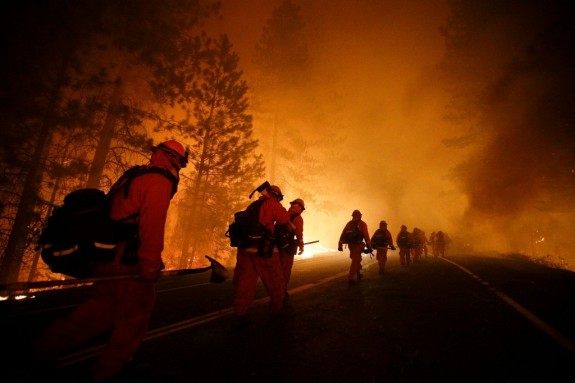 Fire fighters in California march into the blaze, putting their lives on the line to protect their fellow Americans this summer. 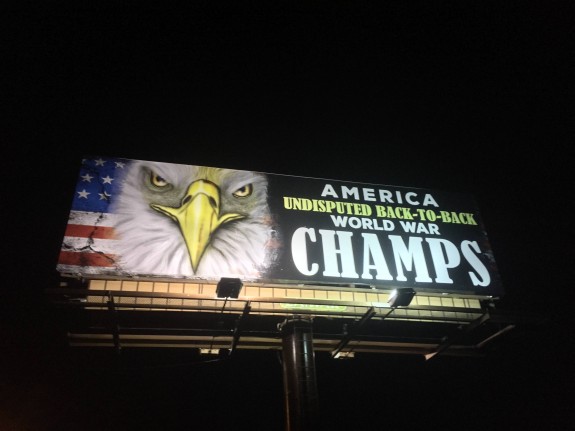 This hilarious billboard reminds the world why you don’t want to mess with the United States of America.