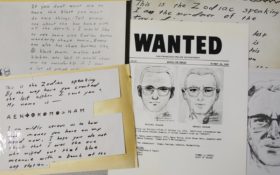 The identity of the Zodiac Killer, who terrorized Northern California communities and killed at least five people in the Bay Area in 1968 and 1969, has been solved.

That’s according to a group of 40+ former investigations, journalists, and military intelligence officers who call themselves the Case Breakers.

The group told Fox News on Wednesday that Gary Francis Poste, a former Air Force veteran that passed away in 2018, was the Zodiac Killer. According to the group, using his full name in the Zodiac’s cryptic messages sent to newspapers and police during the murders unlocked clues that pointed to Poste.

“So you’ve got to know Gary’s full name in order to decipher these anagrams,” Bucholtz said. “I just don’t think there’s any other way anybody would have figured it out.”

Additionally, the group claims Poste is linked to another murder years before the Zodiac Killer began taunting authorities — the unsolved murder of Cheri Jo Bates in Riverside, California in 1966.

“Our Homicide Cold Case Unit has determined the murder of Cheri Jo Bates in 1966 is not related to the Zodiac killer,” the Riverside Police  told Fox News. “We understand the public interest in these unsolved murders, but all inquiries regarding the Zodiac Killer should be referred to the FBI. The Cheri Jo Bates case remains an open investigation and we do not have any additional details to release at this time.”

This is just the recent latest development on the decades-long Zodiac Killer cold case that has fascinated and horrified America.

In December, a coded letter mailed by the Zodiac serial killer in 1969 was deciphered by a team of amateur sleuths from the United States, Australia and Belgium, the San Francisco Chronicle reported.

According to code-breaking expert David Oranchak, the cipher’s text includes: “I hope you are having lots of fun in trying to catch me. … I am not afraid of the gas chamber because it will send me to paradise all the sooner because I now have enough slaves to work for me,” the newspaper reported at the time.

This was the second time a Zodiac cipher has been cracked. The first, one long cipher sent in pieces to The Chronicle, San Francisco Examiner, and Vallejo Times-Herald papers in 1969, was solved by a schoolteacher and his wife.

The note said little beyond: “I like killing because it is so much fun.”