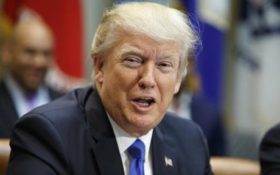 President Donald Trump is the master of the deal – and he’s putting America back to work.

According to new data, in the wake of his election U.S. employers have stepped up hiring, adding a healthy 227,000 jobs in January.

That’s just the beginning of the good news. Reports say that, in order to pre-empt complaints over Japan’s perennial trade surplus with the U.S., Prime Minister Shinzo Abe reportedly plans to propose a sweeping economic cooperation package meant to create 700,000 jobs in the U.S. when he meets with Trump later this month.

It seems that Trump’s tough talk has world leaders rallying behind American workers, and the moves are a business opportunity for both sides.

Abe’s proposed public-private initiative is intended to create several hundred thousand jobs, the reports said Thursday, and involve $150 billion in new investment in U.S. infrastructure from Japanese government and private sources over the next decade.

Overall, the expectation is that the plan would generate $450 billion in new business.

But even more encouraging than all of that is the optimism felt around the country.

January’s job growth was the best in months, and it exceeded last year’s average monthly gain of 187,000, the Labor Department said Friday.

The unemployment rate ticked up to a still-low 4.8 percent from 4.7 percent in December. But the rate rose for an encouraging reason: More unemployed Americans started looking for work, though not all of them found jobs immediately. The proportion of adults who are either working or looking for work reached its highest point since September.

If employers keep hiring, even more Americans could be drawn into the job market.

“The increase in the unemployment rate came about from both more people working and more people looking for work — a positive,” said Gus Faucher, an economist at PNC.