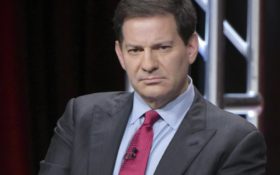 NBC News said Monday it has terminated its contract with news anchor and MSNBC “Morning Joe” regular Mark Halperin, a political journalist who was accused of sexual harassment by several women when he worked at ABC News more than a decade ago.

Since the charges came to light last week, publisher Penguin Press canceled a planned book by Halperin and John Heilemann about the 2016 election and HBO pulled the plug on a miniseries that would have been based on the book.

Showtime also said Halperin would not be brought back with co-hosts Heilemann and Mark McKinnon should the political series “The Circus” be renewed.

At NBC News, Halperin was most visible as a regular panelist on MSNBC’s “Morning Joe.” The network had initially suspended him last week.

Halperin has apologized for his behavior and said he sought counseling. He said he acknowledges and apologizes for conduct that was often aggressive and crude.

In other words, it has been a very rough couple of weeks for Haperin, who was a frequent critic of conservatives.

“No one had filed a human resources complaint against me, no colleague had confronted me,” he said on Twitter. “But I didn’t need a call from HR to know that I was a selfish, immature person, who was behaving in a manner that had to stop.”

Please read my statement below. pic.twitter.com/8ld8k8DC6O

Journalist Eleanor McManus was interviewed by NBC’s Megyn Kelly on Monday, describing how Halperin tried to kiss her and more in his office in the late 1990s, when she was a college student and had been invited by him to give career advice. She said she quickly left the office and didn’t report the incident, and that the stories that emerged about Halperin last week made her angry.

She said Halperin’s behavior was “an open secret,” and that she’s upset that some women did not pursue journalism as a career because of what had happened to them.

Halperin said on Twitter that some of the allegations made against him were not true, although he did not specify which ones. “But I realize that’s a small point in the scheme of things,” he said.