YOU'RE FIRED! CBS News gets HUGE shake-up (top star OUT!) - The Horn News 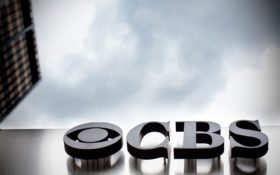 One of CBS News’ biggest stars is out of a job Friday.

According to The New York Post, Norah O’Donnell has been replaced as co-host of the popular CBS News morning show, “CBS This Morning.”

“The blood is so bad between the morning news co-hosts that King demanded O’Donnell be moved off the show as part of her recent contract negotiations, which kicked off after her now-infamous Kelly interview,” The Post’s Page Six reported.

CBS News denied the report and said the two would-be rivals are friends.

Insiders say O’Donnell isn’t out completely at CBS, however, and she’s eyeing a “monster” new position that includes a role as a top political anchor at the network. She will also reportedly continue to make appearances on “60 Minutes.”

Stars Anthony Mason and Tony Dokoupil will joined King as co-hosts of the morning news program.

Meanwhile, John Dickerson — O’Donnell’s former co-host on “CBS This Morning” — is being moved to “60 Minutes.”

King recently negotiated a $5.5 million salary. O’Donnell is expected to ask the company for a matching pay raise.

CBS News’ new president Susan Zirinsky has been tasked with reviving ratings for the network, which includes their struggling morning show. She’d previously warned that “big changes” were coming to the station’s news lineup.