YOU'RE FIRED! Another CBS exec out after violating policies - The Horn News 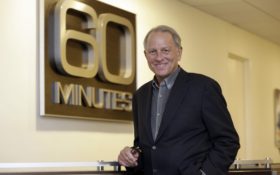 CBS News on Wednesday fired “60 Minutes” top executive Jeff Fager, who has been under investigation following reports that he groped women at parties and tolerated an abusive workplace.

The network news president, David Rhodes, said Fager’s firing was “not directly related” to the allegations against him, but came because he violated company policy. A CBS News reporter working on a story about Fager revealed that he had sent her a text message urging her to “be careful.”

Fager is the third major figure at CBS to lose his job in the past year over misconduct allegations, following news anchor Charlie Rose last November and CBS Corp. CEO Leslie Moonves on Sunday.

CBS News reporter Jericka Duncan said she received Fager’s message after she started to work on a story about him on Sunday, following the posting of a New Yorker story with fresh allegations that were denied by Fager.

“There are people who lost their jobs trying to harm me and if you pass on these damaging claims without your own reporting to back them up that will become a serious problem,” Fager wrote, according to Duncan.

Fager said in a statement Wednesday that “my language was harsh, and despite the fact that journalists receive harsh demands for fairness all the time, CBS did not like it.”

He said he didn’t think one note would have resulted in a dismissal after 36 years at the network, “but it did.” Rhodes was not made available for comment, and he didn’t comment for the “CBS Evening News,” either.

Following her report, evening news anchor Jeff Glor told Duncan that Fager’s message was “unacceptable,” and that everyone at the broadcast supported her.

“It’s unfortunate,” Kroft said, “and everything about this situation saddens me.”

The investigation into Fager by an outside law firm is not complete.

In two New Yorker articles, the latest posted on Saturday, some women described the “60 Minutes” culture as a boy’s club that’s rough on women. “I really felt like this was one of the most sexist places I’ve ever worked,” Sarah Johansen, who worked as an intern in the 2000s and alleged Fager groped her, told the New Yorker.

But Fager has said that women have made significant advances at the broadcast, to the point where a majority its producers and associate producers are now women.

“60 Minutes” is the most popular and powerful news broadcast on television, and Fager is only the second person to lead it during its 50 years of history. He was appointed in 2004 to succeed founding executive Don Hewitt.

It’s a rough-and-tumble place populated by some of the best journalists in television, and they aren’t shy about letting you know it. The broadcast’s offices are physically removed from the main CBS News office across 57th Street in Manhattan, and Rhodes held a tense meeting there with staff members on Wednesday about Fager’s dismissal.

Fager once kept on his office wall a framed remnant of a curtain stained by a cup of coffee thrown at him by the late correspondent Morley Safer when the two worked together.

Fager worked to modernize the broadcast and uphold its standards during a changing of the guard from the show’s original cast of figures like Mike Wallace, Andy Rooney and Safer. He recently wrote a book to commemorate the broadcast’s 50th anniversary.

Fager and Rhodes had worked for several years as a team, when Fager was appointed CBS News chairman by Moonves. Rhodes was then brought in as news president, taking over full management of the news division when Fager went back to solely running “60 Minutes.”

Fager’s second in command at “60 Minutes,” Bill Owens, will run the show while a search is conducted for a permanent replacement, Rhodes said. The show debuts a new season on Sept. 30.