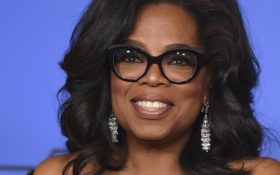 Oprah Winfrey will serve as godmother of a new Holland America ship called the Nieuw Statendam.

In a video recorded with her pal Gayle King, Winfrey recounted “sailing to Alaska last year” on a Holland America ship, adding that she is “setting sail again.”

Winfrey will join a Jan. 30 three-day “Girls’ Getaway” on the cruise line’s new ship from Fort Lauderdale, Florida. Passengers may attend one of three live “Conversations with Oprah” onboard. Other getaway events will be hosted by editorial staff from O, The Oprah Magazine, including King, the editor-at-large.

Winfrey will also christen the vessel in a private ceremony at an undisclosed date. The ship is under construction in Italy.

Holland America and O, The Oprah Magazine launched a partnership in 2017.