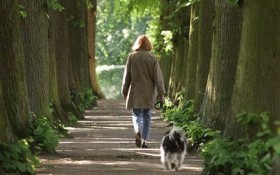 Police responded to the area with cadaver dogs and found the rest of the body Tuesday.

Byers says the remains appear to belong to an adult, but he could not say whether they were male or female. He says there were no obvious signs of foul play.

Madison Township police say they have not received reports of a missing person, but they are reaching out to other departments.

The remains have been taken to the Cuyahoga County Medical Examiner’s Office for identification.