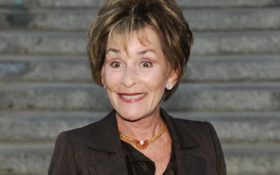 Known as the “Bird House,” the Newport Daily News reports the home was owned by the late Dorrance Hill Hamilton, who died last year at age 88.

According to a statement from Gustave White Sotheby’s International Realty, the house has a two-story entrance hall, floor-to-ceiling stone fireplace and “lovely ocean views.”

The statement quotes Sheindlin as saying she and her husband, Jerry, were “looking forward to falling in love with Newport.”

Hamilton summered in the city and built the Bird House in 2013. She was known as an avid gardener and was one of the founders of the Newport Flower Show.