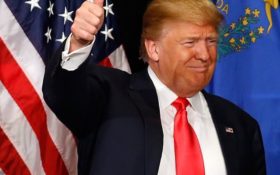 According to a new poll on Thursday, President Donald Trump’s approval has soared. According to pollsters, Trump is back up to a 50 percent approval rating for the first time since August.

As the conflict over Trump’s Supreme Court nominee continues, the president’s rating continues to rise due to a glowing economy, a record number of jobs available, and booming incomes.

Investors.com reported, “The Democrats’ all-out attack on Supreme Court nominee Judge Brett Kavanaugh, which culminated in a blisteringly partisan hearing last Thursday, may have backfired on the party just before the November elections.”

Part of Trump’s approval jump can also be attributed to rural Americans, where his rating among that group climbed to 59 percent this month from 45 percent last month.

Another factor in Trump’s rating is a booming economy. According to Investors.com, Trump’s handling of the economy has boosted his approval rating. Working Americans are happier in general, meaning strong job growth often favors those politicians currently in office.

Trump’s roaring approval could be a clear indication of trouble to come for Democrats in November.

Congratulations to the president on this huge success — this milestone was well-deserved.