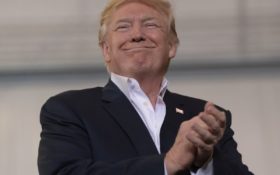 On June 20th, 2012, President Donald Trump made a bold prediction about the U.S. housing market — and promised that in five years, those who followed his advice would thank him.

Now that time has passed, experts have taken a look at the data… and the results are staggering.

Now is the time to buy housing, before values have fully recovered. In 5 years, remember I told you so.

What did they determine?

He totally nailed it.

“Using the Federal Reserve’s endlessly useful data tool, we pulled data on housing prices from 2004 to 2017. (Why 2004? To show the pre-recession gains.),” The Washington Post reported. “We can start with the House Price Index. Trump’s tweet about buying housing happened in the second quarter of 2012 — at the index’s low. (The recession is indicated by a light blue box.)”

They shared the following photo (talk about jaw dropping) — 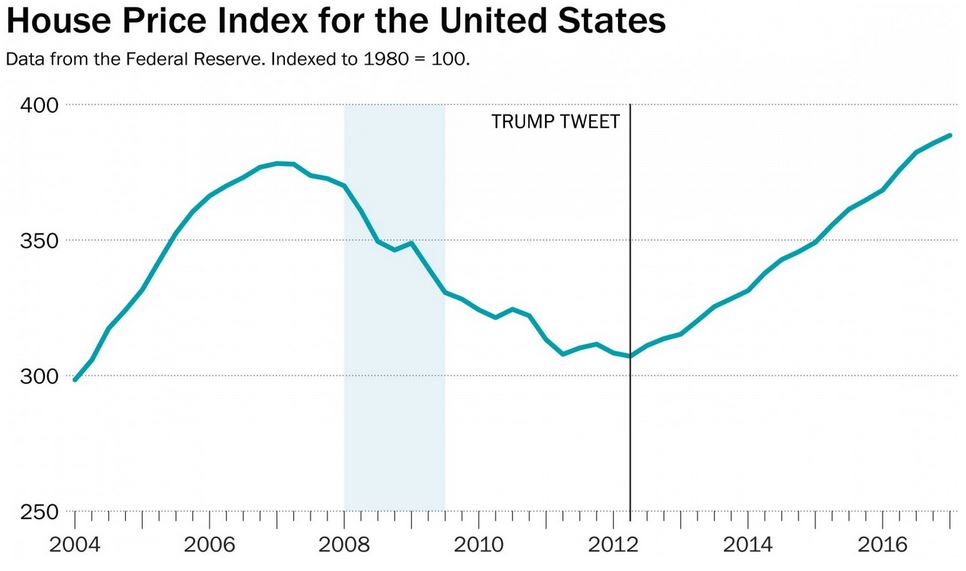 Trump nailed the HPI low — and if you’d invested where Trump had said, you’d have made a killing.

No wonder Trump is a self-made billionaire and leader of the free world.