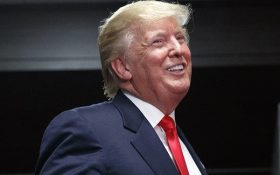 President Donald Trump’s first report card is in, and the verdict may surprise readers.

Despite the efforts of dishonest mainstream media, Trump continues to maintain the support of the American people.

That’s according to a recent Fox News poll, which “checked in with voters nationwide to get a read on how things are going.”

Despite the constant attack by the media, turns out: Things are well.

Americans are increasingly optimistic about the economy and the future of the country compared to what they thought under former President Barack Obama. And the majority of Americans continue to rate Trump as doing a good job, reporting they’re “more confident in Trump’s judgment than they did before the election.”

50 percent feel confident in Trump’s judgement in a crisis, the Fox poll reports, a remarkable 8-point increase from October 2016.

“Nearly all Republicans approve (87 percent), as do just over half of independents (52 percent),” Fox News reported. The dissent all comes from angry Democrats; just ten percent of liberal voters report feeling approval over Trump.

According to a Rasmussen poll, things are actually even rosier. 53 percent of Americans report they approve of Trump’s job performance, data released Wednesday said. “Forty-five percent (45%) of voters say the country is headed in the right direction. This is a higher level of optimism than was found during any week of the Obama presidency.”

Despite the nasty attacks from Democrats, insane tweets from liberal celebrities, and a constant barrage of negative press, it seems American voters aren’t buying it.