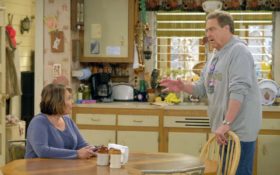 The audience for the second week of ABC’s “Roseanne” reboot was down, but not by much. The Nielsen company said that 15.2 million people watched the show on Tuesday night.

That’s off 16 percent from the 18.2 million who watched the show’s premiere last Tuesday. With delayed viewing, that first show has already been seen by more than 25 million people.

It has to be heartening to ABC that so many people who sampled the sitcom stuck with it. The audience is roughly triple what ABC drew for “The Middle” when it aired in the same time slot a year ago.

President Donald Trump has has played a part in the show’s popularity because Roseanne Barr’s character supports him in the show.