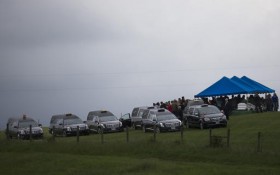 An amusement park in Ohio announced Tuesday that it would be permanently closing the world’s second-tallest roller coaster.

The decision by Cedar Point comes a year after a small metal object flew off the 420-foot (128-meter) tall Top Thrill Dragster coaster and struck a woman in the head at the park in Sandusky.

A state investigation found no evidence that the park acted illegally or had reason to believe the ride was unsafe.

The ride has remained closed since the Aug. 15, 2021 accident. Park officials did not say if the accident influenced their decision to permanently close the coaster, which has operated for 19 years and drawn 18 million riders.

In a statement announcing the closure, the park noted it “legacy of ride innovation continues. Our team is hard at work, creating a new and reimagined ride experience.” It said more details about its plans would be disclosed in the future.

Take a look at the roller coaster —