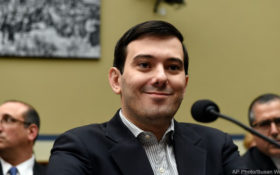 A judge has ruled that “Pharma Bro” Martin Shkreli was responsible for nearly $10.5 million in losses in his securities fraud case.

The amount set on Monday by Judge Kiyo Matsumoto could result in a harsher punishment for Shkreli at his March 9 sentencing.

The judge rejected arguments by lawyers for the former pharmaceutical CEO that investors in his failed hedge funds didn’t suffer actual losses because he paid them back with drug company stock.

She found Shkreli should be penalized for the losses because he made risky transactions with investors’ millions without their permission.

He was convicted at a trial last year.

The 34-year-old Shkreli earned the nickname “Pharma Bro” for boosting the price of a life-saving drug and for trolling his critics on social media.