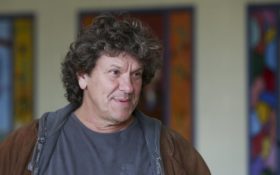 Woodstock co-founder Michael Lang says the wait is almost over regarding performers for Woodstock 50, despite media reports claiming Jay-Z, Black Keys and others will perform at the event in August.

“We are thrilled with all the excitement about Woodstock 50, but we have an obligation to our fans, artists and partners to do things the right way,” Lang said in a statement to The Associated Press on Thursday. “We are in the final stages of laying the groundwork and can’t wait to stage this once-in-a-lifetime event. We’ll be officially announcing the lineup and ticket on-sale soon, stay tuned!”

The original Woodstock concert took place in 1969. On Thursday Variety reported that Jay-Z, Black Keys, Dead & Company, Chance the Rapper, Imagine Dragons, the Killers, Gary Clark Jr. and others will perform at Woodstock 50. The event is separate from an anniversary concert planned at the site of the original festival in 1969.

In an interview Thursday with The Associated Press when asked if Imagine Dragons would perform at Woodstock 50, bandleader Dan Reynolds said: “I don’t think that’s been announced yet, but I can tell you that we have been in talks with them.”

More than 80 artists are expected to perform at Woodstock 50, which will take place Aug. 16-18 in Watkins Glen, New York, about 115 miles (185 kilometers) northwest of the original site. Artists will perform on three main stages at Watkins Glen International racetrack in the Finger Lakes.

The original concert was held on a farm in Bethel, New York that is now run as an attraction by The Bethel Woods Center for the Arts. The venue plans its own anniversary event Aug. 16-18.