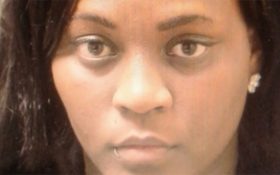 A Louisiana woman is accused of faking injuries, possibly to seek money, after claiming she bit into a razor blade in a restaurant sandwich.

KATC-TV reports that 29-year-old Correill Bradley of Eunice was arrested May 18 on charges of criminal mischief and theft.

Eunice police were called to the hospital May 15 after Bradley claimed she found the blade.

Police say Bradley’s injury wasn’t consistent with biting the blade, but appeared self-inflicted. They also say there was no sign the blade had actually been inside the sandwich.

Police say they believe Bradley stole a package of razor blades from a store minutes before buying the sandwich. They say she filed a claim with the restaurant’s insurer and sought to hire a lawyer.