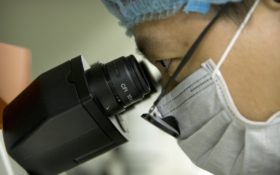 Authorities in Louisiana say a woman who worked at a medical clinic has been arrested for selling fake doctor’s notes to high school students so they can get out of class.

Deputies said a physician received a call from Vernon Parish School Board about the absence notes. He told deputies that he didn’t treat the students nor did he authorize the excuses.

Craft says Fondren worked in a clerical position at the clinic.

It’s unclear whether Fondren has an attorney.