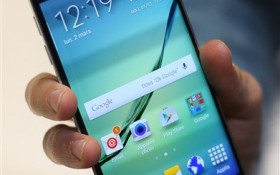 A Massachusetts health insurer is apologizing after sending automated phone calls to as many as 10,000 senior citizens in the wee hours of the morning.

Tufts Health Plan accidentally sent the robocall between 3 a.m. and 5 a.m. Tuesday to remind patients to get their flu shots.

A spokeswoman for the insurer tells the Patriot Ledger of Quincy that the call was supposed to go out between 3 p.m. and 5 p.m. and attributed the mistake to “human error.”

She says the calls went out to people over 65 enrolled in the Tufts Medicare Preferred HMO option.

Several clients called the health care provider to ask about the early call.

One man said he was having coffee at 4:45 a.m. when the phone rang and thought it was an emergency.