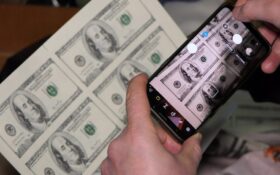 Wholesale prices in the United States rose 7.4% in November from a year earlier, a fifth straight slowdown and a hopeful sign that inflation pressures across the economy are continuing to cool.

The latest year-over-year figure was down from 8% in October and from a recent peak of 11.7% in March. On a monthly basis, the government said Friday that its producer price index, which measures costs before they reach consumers, rose 0.3% from October to November for the third straight month.

Still, a measure of “core” producer prices, which exclude volatile food and energy costs, accelerated, rising 0.4% from October to November. The core figure had risen just 0.1% from September to October. Looked at over the past 12 months, though, core producer prices were up 6.2% in November, less than the 6.7% in October.

The latest figures reflect an ongoing shift in inflation from goods to services. The cost of goods rose just 0.1% from October to November, with wholesale gas prices tumbling 6%. (Food prices were an exception: They jumped 3.3% last month, fueled by costlier vegetables, eggs and chicken.)

By contrast, services prices rose more, up 0.4%, led mostly by more expensive financial services. The wholesale cost of airfares and hotel rooms both fell, though, and overall services prices have slowed in the past three months.

“Overall inflation is moving in the right direction, though at a slow pace,” PNC Financial Services Group said in research note. “The Federal Reserve’s monetary policy tightening plans will remain aggressive until clear, consistent signs of inflation’s demise have been demonstrated.”

Rising prices are still straining Americans’ finances, particularly for food, rent and services such as haircuts, medical care and restaurant meals. Yet several emerging trends have combined to slow inflation from the four-decade peak it reached during the summer. Gas prices have tumbled after topping out at $5 a gallon in June. Nationally, they averaged $3.33 a gallon Thursday, according to AAA, just below their average a year ago.

And the supply chain snarls that caused chronic transportation delays and shortages of many goods, from patio furniture to curtains, are unraveling. U.S. ports have cleared the backlog of ships that earlier this year took weeks to unload. And the cost of shipping a cargo container from Asia has fallen sharply back to pre-pandemic levels.

As a result, the prices of long-lasting goods, from used cars and furniture to appliances and certain electronics, are easing.

Friday’s producer price data captures inflation at an early stage of production and can often signal where consumer prices are headed. Next week, the government will report its highest-profile inflation figure, the consumer price index. The most recent CPI report, for October, showed a moderation in inflation, with prices up 7.7% from a year earlier. Though still high, that was lowest year-over-year figure since January.

Fed Chair Jerome Powell, in a speech last week, pointed to the decline in goods prices as an encouraging sign. Powell suggested that housing costs, including rent, which have been a major driver of inflation, should also start to slow next year.

The Fed chair also signaled that the central bank will likely raise its benchmark interest rate by a smaller increment when it meets next week. Investors foresee a half-point Fed hike, after four straight three-quarter-point increases.

Yet Powell noted that services prices, which reflect the largest sector of the U.S. economy, are still increasing at a historically fast pace. Rapidly rising wages are a key driver of services inflation, he noted. That’s because as wages rise, many businesses pass on their higher labor costs to their customers through higher prices, which drives up inflation.

Pay is still rising quickly and could continue to fuel higher inflation through most of next year. In last week’s jobs report for November, the government reported that average hourly pay jumped 5.1% from a year earlier, far above the pre-pandemic pace. Powell said wage gains closer to 3.5% would be needed to bring inflation down toward the Fed’s 2% annual target.