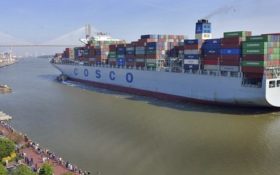 The largest cargo ship ever to visit ports on the U.S. East Coast is so long the Statue of Liberty and Washington Monument could fit end-to-end along its deck and still leave room for Big Ben.

The COSCO Development arrived Thursday at the Port of Savannah after cruising past dozens of onlookers who cheered and took photos of the 1,200-foot (366-meter) vessel from Savannah’s downtown riverfront.

Former ship’s officer Andrew Evans exclaimed to his wife: “It takes up the whole river!”

The giant ship stopped in Norfolk, Virginia, earlier this week. From Savannah, it’s heading to Charleston, South Carolina, before returning to Hong Kong.

It comes as Savannah and other U.S. ports scramble to deepen their harbors so such large ships can pass with full loads even at low tide. 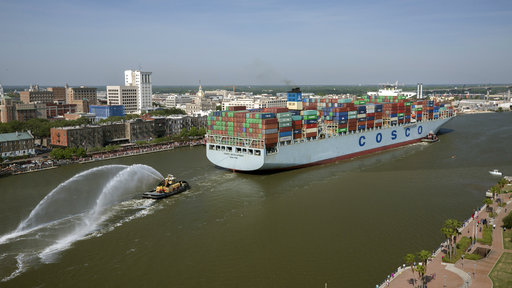 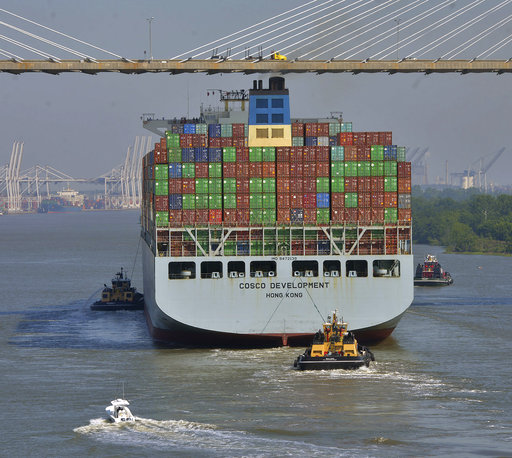