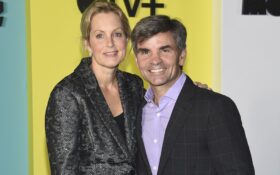 ABC News anchor George Stephanopoulos has gone missing from the air and from social media for more than a week.

Stephanopolous appears to have gone on an extended vacation.

His wife, Ali Wentworth, posted a picture recently of the two of them in Greece.

“Greece with my Greek,” she wrote Wednesday on Instagram. On Saturday, she posted another photo, with the location labeled as Spetses Island, Greece.

According to The Sun, Stephanopolous goes on vacation often. He traveled to the Hamptons in June… and to Paris before that.

Was he missed by fans? The host has generated surprisingly little speculation during his long absence.

As of Tuesday, the Instagram posts from Greece have yet to attract any calls for Stephanopoulos to come back. The Horn News searched the word “Stephanopoulos” on Twitter and found more criticism than concern. Stephanopoulos’ controversial interview with President Joe Biden was generating more discussion than his absence, and the interview is more than a year old.

Some fans have complained about their morning routines being disrupted. “I can’t watch the news without him there,” one viewer wrote, according to The Sun.

Stephanopoulos has presided over an embarrassing drop in ratings as anchor of ABC’s This Week. The previous anchor, the late David Brinkley, consistently pulled more ratings than either NBC or CBS during his timeslot.

Stephanopoulos, by contrast, usually ranks third among the big three.

Nielsen has yet to release the Good Morning America ratings for the week without Stephanopoulos. Those ratings will determine whether the viewers actually miss Stephanopoulos.