What’s the buzz about naming this bug? - The Horn News 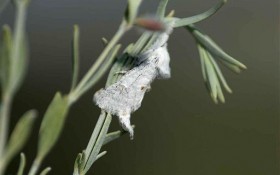 An auction on eBay allows the public to make a different kind of purchase as they peruse the used clothing, electronics and war relics on the site. Up for sale: naming rights to a new insect.

A moth that weighs less than an ounce and measures about an inch was discovered eight years ago at White Sands National Monument in New Mexico by entomologist Eric H. Metzler.

The rigorous process to have a new species approved has taken several years, but now Metzler, a volunteer at the park, is ready to give his flying friend a name.

That honor is usually bestowed on the person who made the finding.

But Metzler wanted to give back to the Western National Parks Association, which has funded some of his research. So he asked the organization to start an online auction for the naming rights and to take the proceeds.

“I am not a rich man and I don’t have a lot of money to give to charity but this is the way I could give them money in the form of service. I could use my brains to help them,” Metzler said.

The auction went live Saturday on eBay and ends Oct. 23. Bidding starts at $500. 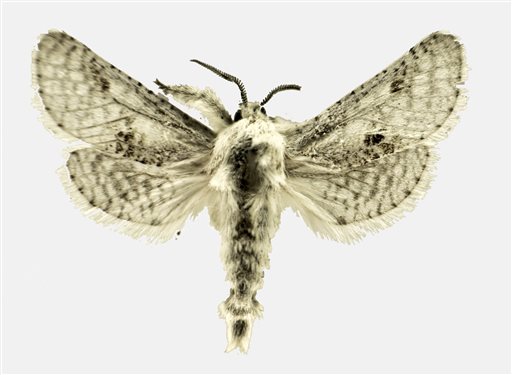 “When are you ever going to have the opportunity to have your own moth named after you?” said Amy Reichgott, development manager for the Western National Parks Association.

The winner will work with Metzler to Latinize the name. An international organization has to approve the name.

The university’s public affairs department touted it as a once-in-a-lifetime opportunity, suggesting it was the perfect holiday gift that would also help benefit the school’s Oceanographic Center.

The winner of the auction, a Florida resident, shelled out $6,150. The sea lily hasn’t been officially named yet as it’s still undergoing a peer-review process, university spokesman Joe Donzelli said.

Reichgott knows a moth may be even less appealing than a sea lily, so the organization sent out emails reminding members and others that moths are butterflies without the bright colors that fly at night, not the daytime.

“We’re trying to break the stigma against the moth. Give the moth a fair shake,” she said, laughing.