What is happening in the Freddie Gray case? - The Horn News 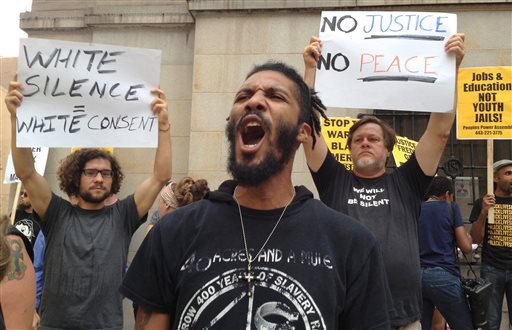 It looks like six Baltimore city police officers are heading for trial.  According to the Associated Press, a Baltimore judge on Wednesday refused to dismiss charges against six police officers in connection with the death of a black man who had been seriously injured while in custody. The judge also refused to remove the prosecutor in the case that sparked riots in Baltimore last spring.

During a pretrial hearing, Circuit Court Judge Barry Williams denied a defense motion for the charges to be dropped against the officers in the death of 25-year-old Freddie Gray, who endured a severed spinal cord injury while in police custody on April 12 and died a week later. Gray’s death sparked protests, rioting and unrest that lasted for days.

Defense attorneys had sought to drop the charges — which range from second-degree assault to second-degree murder — because of prosecutorial misconduct on the part of State’s Attorney Marilyn Mosby. Williams, however, said that while Mosby’s public comments regarding initial statements made by the officers to investigators were “troubling,” they are not likely to prejudice a jury.

Andrew Graham, an attorney representing Officer Caesar Goodson, had unsuccessfully argued that Mosby’s comments after filing charges against the officers were “reckless and unprofessional,” and violated the rules of conduct. He likened Mosby’s comments on the case to a “pep rally calling for payback.”

Williams also ruled against another defense motion, one that sought to have Mosby removed from the case due to what the defense contended were conflicts of interest.

He called the assertion that Mosby’s judgment was impacted by the fact that her husband Nick Mosby is a councilman in a district that experienced a disproportionate amount of violence “troubling and condescending.”

“Being married to a councilman is not a reason for recusal,” he said.

Williams added that allegations of prosecutorial misconduct must be addressed by the Attorney Grievance Commission.

So what’s next?  Williams will hear arguments about whether the officers should be tried together or separately when court resumes later Wednesday.

Officers Edward Nero, Garrett Miller, William Porter and Goodson, as well as Lt. Brian Rice and Sgt. Alicia White, face charges in Gray’s death. They did not attend the hearing.

Dozens of protesters rallied outside the Baltimore courthouse to express their anger and indignation over Gray’s treatment. Many of them then marched in the street to the city’s Inner Harbor area, where they blocked a main road briefly. Police lined up behind them, and directed them out of the road. Police handcuffed one protester while he was on his stomach in the street.