[What!?] Cable man charged after excessive hugging - The Horn News 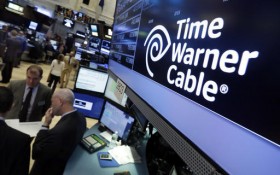 Karen Loest told KDVR-TV that David Novinski, a subcontractor for Dish Network, gave her a “bear hug,” pinning her arms and chest painfully, as she was showing him out after he completed his work this month.

The 70-year-old former sheriff’s deputy said feared she might be raped. She said she pushed him away and told him to leave and he waited awhile and apologized before leaving.

He is charged with trespassing and causing bodily injury to an at-risk adult.

His attorney, Mike McCullough, said Novinski often hugs people and gave Loest a three-second hug before leaving. He said Loest didn’t say anything about being injured when she called Novinski’s boss. McCullough says he will fight the charges.