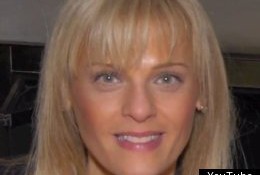 Mystery, money and intrigue surround the tragic death of a wealthy Manhattan heiress. For more than five years after she was found strangled in her Manhattan bathtub, suspicion swirled around her estranged husband.

But Roderick Covlin denied involvement, and law enforcement authorities eyed but never accused him until Monday, when he was charged with murder in a case full of dramatic twists: a death initially seen as accidental and later ruled a homicide, an exhumed body, a divorce that was reaching a crucial point and a trail of accusations in civil court papers.

Covlin’s lawyer, Robert Gottlieb, said his client was “stunned” by the Sunday arrest. “There can be no credible evidence, because he did not kill his wife,” Gottlieb said after a brief court appearance.

Shele Covlin, 47, was a money manager at UBS, part of a finance family in which she worked alongside her brother and father. Her 42-year-old husband, known as Rod, had been a trader and was a noted figure in the backgammon world, having helped found the U.S. Backgammon Federation.

After years of marriage and two children, their relationship was falling apart. He had moved into an apartment across the hall in their Upper West Side building, and they were embroiled in a bitter divorce, according to court papers filed in Manhattan Surrogate’s Court, which handles estates.

And Shele (pronounced SHEE’-lah) Covlin was due to meet an attorney on Jan. 1, 2010 — the day after she died — to cut her husband out of her will. He stood to get half her roughly $4 million estate, with the rest going to their children.

“She was fearful for her life, believed Rod intended to kill her, and there was some urgency to make changes in her will,” documents filed in Surrogate’s Court say.

Then their daughter, 9 at the time, found Shele Covlin lifeless in the tub.

With the only obvious sign of trauma a cut on the back of her head, investigators initially thought she had slipped and fallen. After her Orthodox Jewish family objected to an autopsy for religious reasons, the cause of her death was listed as undetermined.

But as an investigation began, her body was exhumed and autopsied with her family’s permission. Medical examiners concluded in April 2010 she had been strangled.

And her relatives — and later, a court agency — said Roderick Covlin was to blame.

Her father scorned his son-in-law as “an animal” in a newspaper interview, and the family fought him for custody of the children. His guardianship was eventually suspended after information on the criminal investigation surfaced.

And the Manhattan public administrator, a government figure who handles complicated estates and was named temporary custodian of Shele Covlin’s, filed a 2011 wrongful death suit accusing her husband of killing her.

Roderick Covlin, meanwhile, has been living in his parents’ house in suburban New Rochelle, New York. He was held Monday as his attorney prepares an argument for bail.