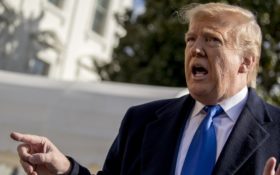 President Donald Trump is set to offer a tribute to those who served in the armed forces as he kicks off New York City’s Veterans Day Parade.

Trump is to speak at the opening of the 100th annual parade organized by the United War Veterans Council in Madison Square Park. He is the first sitting president to accept the group’s invitation to speak at the event.

Trump has been a longtime supporter of the parade. The New York Times reported that during the 1990s he pledged $200,000 and offered to raise money from friends in exchange for being named the parade’s grand marshal.

Trump is a lifelong New Yorker but recently changed his official residence to Florida, complaining about his treatment by the heavily Democratic city’s elected officials.

You can watch the livestream below: