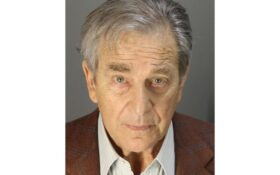 The husband of U.S. House Speaker Nancy Pelosi pleaded guilty Tuesday to misdemeanor driving under the influence charges related to a May crash in California’s wine country and was sentenced to just five days in jail and three years of probation.

Fox News released a stunning video of Paul Pelosi failing his field sobriety tests from the police dash cam after he drunkenly crashed his $100,000 Porche.

He’s shown swaying and is clearly intoxicated and unable to pass the most basic balance tests. Officers are later heard in the background of the video, discussing how much the House speaker’s husband smells like alcohol and how he can’t stand without holding onto the patrol car.

Paul Pelosi did not appear at his sentencing. California state law allows for DUI misdemeanor defendants to appear through their attorney unless ordered otherwise by the court.

As part of his probation, Paul Pelosi will also be required to attend a three-month drinking driver class, and install an ignition interlock device, where the driver has to provide a breath sample before the engine will start. He will also have to pay about $5,000 in victim restitution for medical bills and lost wages and nearly $2,000 in fines, the judge said.

Paul Pelosi was arrested following a May 28 crash in Napa County, north of San Francisco.

Officers responding to the crash after 10 p.m. near the wine country town of Yountville said they found Pelosi in the driver’s seat of a 2021 Porsche Carrera and the other driver standing outside a sport utility vehicle, according to the complaint.

California Highway Patrol officers reported that Pelosi was “unsteady on his feet, his speech was slurred, and he had a strong odor of an alcoholic beverage.”

Pelosi offered to officers his driver’s license along with an “11-99 Foundation” card when asked for identification, the complaint says. The 11-99 Foundation supports CHP employees and their families.

Prosecutors filed the case as a misdemeanor because of injuries to the 48-year-old driver of the SUV. They have declined to identify the driver, saying the person has requested privacy.

In an interview with investigators from the district attorney’s office, the driver reported pain in his upper right arm, right shoulder, and neck the day after the crash. He said he also had headaches.

Pelosi was released on $5,000 bail after his arrest.

Speaker Pelosi was in Rhode Island to deliver the commencement address at Brown University at the time. Her office did not immediately respond to a request for comment Tuesday.