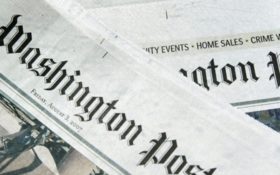 Amazon CEO and founder Jeff Bezos, a frequent critic of President Donald Trump and owner of The Washington Post, appears to be allowing North Korean propaganda films on his streaming service.

Bezos’ company is literally streaming anti-American propaganda into millions of homes around the world on behalf of the North Korean government – which could also be an illegal violation of America’s trade embargo with the country.

When one visits Amazon.com and types in “DPRK”— short for the Democratic People’s Republic of Korea, commonly known as North Korea – in Amazon Prime Streaming’s search box, the results are nothing short of chilling.

The search returns 16 videos for people to either rent, buy, or stream for free if they have an Amazon Prime subscription.

These videos portray themselves as being educational and offering an inside look into how the dictatorial family has run the country for decades.

And one of the top results from the search is a film featuring former NBA superstar Dennis Rodman, where he praises Kim Jong-Un and how great he thinks North Korea is.

It’s almost as if Rodman himself has been brainwashed into believing North Korea is a peaceful and harmonious place – aside from the concentration camps filled with starving people.

What is noticeably missing is the fact that the two communist dictators have ordered the starvation, beatings, torture, and murder of countless innocent North Koreans over the years.

Beyond how frightening it is to see Bezos’ company allowing this anti-American propaganda to be available to millions of people across the world, there is an even bigger question: Is it legal?

President Donald Trump’s administration slapped North Korea with several sanctions over the past two years, many of which make it illegal for American companies to do business with the regime.

“During his first year in office, President Trump authorized the Treasury Department to block from the U.S. financial system any foreign business or individual that facilitates trade with North Korea as part of the administration’s maximum pressure campaign,” the Council on Foreign Relations reported.

“Foreign financial institutions are now on notice that, going forward, they can choose to do business with the United States or with North Korea, but not both,” the organization added.

If North Korea’s government is getting a cut of the money from the sales of these propaganda films, that means the owner of The Washington Post is working to keep North Korea’s regime funded.

One would think that sending money to Kim Jong Un’s propaganda department would be against the law.

Even if it is not illegal, it speaks volumes about how Bezos’ company is willing to spread communist propoganda for cash.

All while he criticizes Trump in the mainstrea media as “dangerous.”