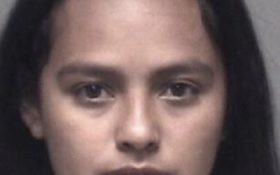 A suburban Dallas woman has been charged after police say she doused her 5-year-old stepdaughter’s face with rubbing alcohol and set it on fire.

A Grand Prairie police statement Friday says 20-year-old Dalia Jimenez is charged with felony injury to a child and free on $20,000 bond.

Police say officers went to the family home May 13 after a child had been reported as burned and in need of medical treatment. Jimenez initially blamed the burns on an accident while lighting a candle. After detectives found inconsistencies in her account, however, Jimenez admitted that she burned the girl’s face as punishment for yelling.

Police say the child’s father wasn’t home at the time and isn’t considered a suspect. The child and a younger sibling have been placed with relatives.