War on Christmas just got NASTIER than ever (churches targeted!) - The Horn News 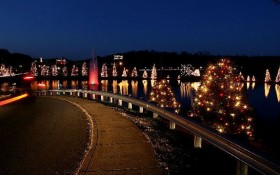 The latest salvo in the “War on Christmas” is coming from one of the most unexpected places possible.

It’s not a city under attack for putting up a Christmas tree instead of a “holiday tree.”

It’s not a school for letting the kids perform in a Christmas pageant.

It’s not even the media, even though it’s still working tirelessly to secularize the holiday.

It’s a CHURCH being overrun by liberals!

A Massachusetts church known for its leftist politics and attention-seeking stunts is under fire, and critics say this time they’ve gone too far.

They’re not only backing ugly and divisive liberal policies… they’re placing the baby Jesus right at the center of it!

The church is using its Nativity scene, traditionally one of the most sacred displays of the Christmas season, to make an attack on President Donald Trump and his border security policies.

Instead of a traditional scene in a stable with everyone gathered around the baby Jesus, St. Susanna Parish in Dedham has placed the holy infant inside of a cage.

The display is clearly a dig at Trump’s immigration policies which have at times led to family separations and children being housed in facilities apart from their parents.

The point of the policy was the keep children OUT of the prison-like conditions reserved for adults caught entering the country illegally. Trump even signed an executive order ENDING the policy, which dates back at least to the administration of President George W. Bush.

But leftist critics are still attacking him over it, and the church didn’t stop with baby Jesus.

They also placed the three wise men behind a metal fence with a sign reading “DEPORTATION.”

And above the display, the traditional “PEACE ON EARTH” Christmas message was given an adjustment.

It now reads “PEACE ON EARTH?” with a question mark.

Even in left-leaning Massachusetts, some churchgoers are uncomfortable with the brazen insertion of partisan politics in a church Christmas display.

“My personal feeling is that it’s inappropriate,” an unnamed parishioner told local news station Boston 25. “We don’t have to make everything a statement.”

The story received national attention when Fox News host Sean Hannity called it “Christmas under siege” and slammed the church for politicizing the holiday.

But the church is defending its controversial display.

“Sixty-five million refugees worldwide seeking a better way of life and we were wondering what that might look like 2000 years ago if this family encountered the same dynamics that are taking place in our country right now,” Josoma told local Fox station Boston 25.

Needless to say, the dynamics aren’t the same at all.

Ancient Bethlehem wasn’t facing an immigration crisis, and it wasn’t struggling with an overwhelming number of refugees and asylum-seekers. More importantly, they weren’t trying to sort legitimate refugees, who are clearly entitled to protection and resettlement, from the other elements – including the criminal element.

But the details seem to matter little to the church, which is known for its provocative Nativity scenes.

Last year, it featured signs noting the locations of mass shootings and the number of people killed in each incident.

The church is defending these media stunts.

“We’re not trying to scandalize anyone,” parishioner Pat Ferrone, part of the committee that came up with the latest display, told CBS Boston. “We’re trying to reflect back a reality that has to be looked at.”

Others admit it’s political… but they’re fine with it.

“Christ was political,” Parishioner Phil Mandeville told the station. “He was hung on a cross for making political statements and bucking authority and that’s exactly why he died.”