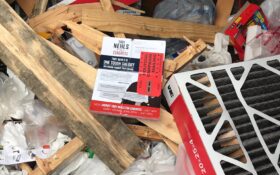 A Texas sheriff who is running for a seat in the US House of Representatives claims that surveillance video shows a postal worker dumping a bundle of his campaign fliers into the trash over the weekend.

The alarming incident supports concerns among Republicans about the integrity of an all mail-in November election.

Sheriff Nehls released the video on his social media account, showing what appears to be a United States Postal Service employee throwing his campaign fliers into the garbage — a potential felony.

The video then shows the postal worker drive away before two people who noticed decided to investigate the matter.

“A US Postal worker was just caught on video throwing a stack of my campaign mailers in a dumpster,” Nehls wrote.

A US Postal worker was just caught on video throwing a stack of my campaign mailers in a dumpster. Some patriots nearby heard a noise when she tossed them in & went to investigate. They found a stack of them and called me. No wonder people are skeptical of mail in voting. pic.twitter.com/I28SBydg2N

“Some patriots nearby heard a noise when she tossed them in & went to investigate,” he added. “They found a stack of them and called me. No wonder people are skeptical of mail-in voting.”

He followed his post with a picture of the alleged campaign fliers in the dumpster. 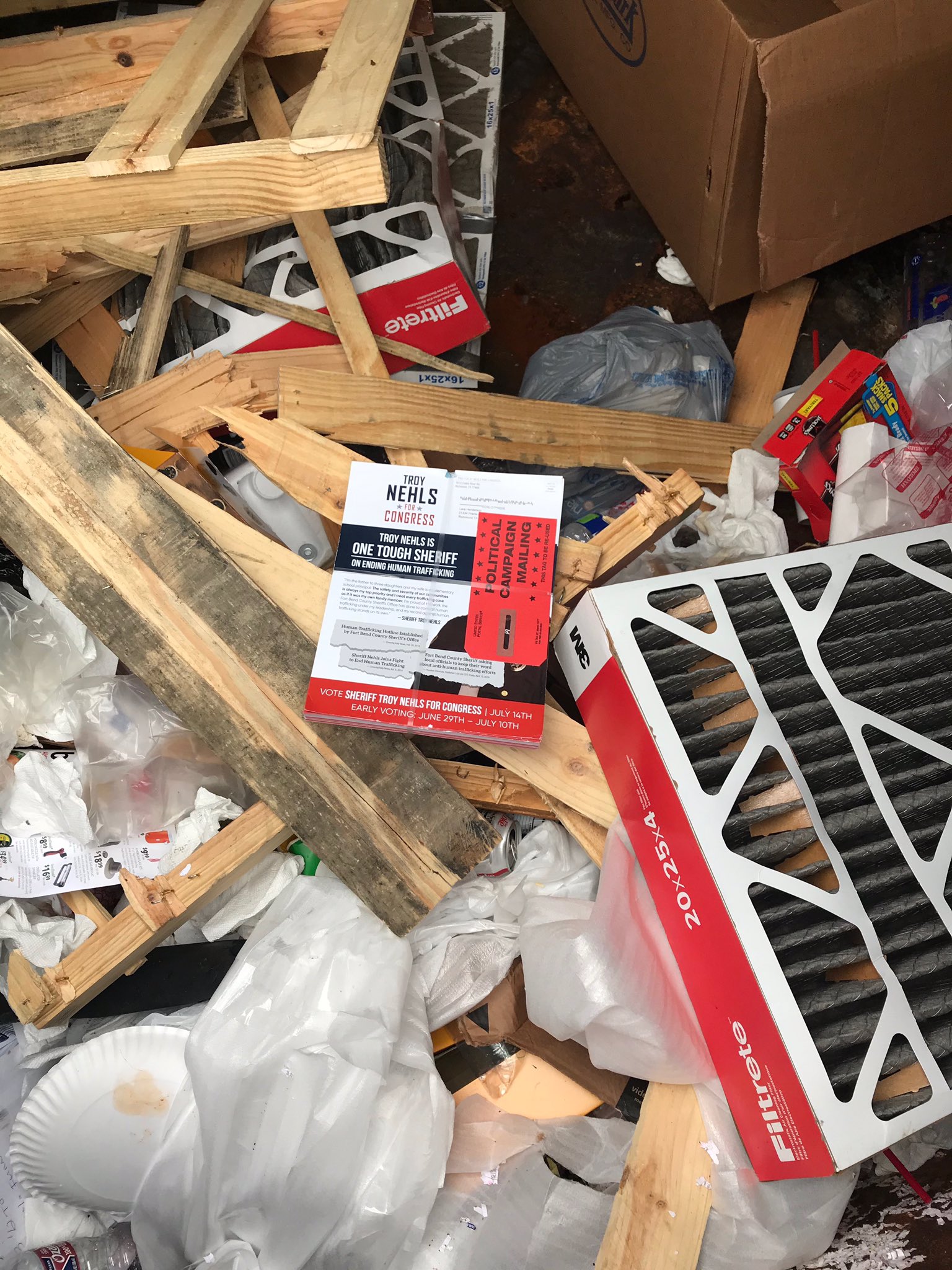 It’s the latest incident of mail-related troubles that have occurred during the global pandemic — and political pundits have observed that voters are increasingly skeptical of mail-in results.

Long wait times, reports of fraud, and overall confusion have shaken the confidence of the electoral system.

Just imagine — if postal workers are willing to commit felonies in order to thwart political campaign fliers — just think about millions of actual voter ballots across the nation that were to decide our next president.

Nehls, a Republican, is planning to investigate the incident.

He expressed his disappointment to KPRC Houston, calling what happened “a sad day.”

“I said to myself: How sad? How sad it is to see?” Nehls said. “We have the federal government, the postal service, throwing away political mailers. A sad day.”

Absentee Ballots are fine. A person has to go through a process to get and use them. Mail-In Voting, on the other hand, will lead to the most corrupt Election is USA history. Bad things happen with Mail-Ins. Just look at Special Election in Patterson, N.J. 19% of Ballots a FRAUD!