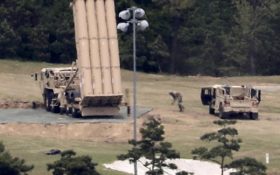 Under President Donald Trump’s leadership, the U.S. military has been scoring wins around the globe. But Tuesday’s successful missile defense test may be Trump’s biggest victory yet — and it has North Korean dictator Kim Jong Un worried sick.

The Pentagon’s missile defense program scored a triumph when it successfully destroyed a mock nulcear warhead over the Pacific Ocean with an interceptor that is key to protecting U.S. territory from a North Korean attack.

Vice Adm. Jim Syring, director of the Pentagon agency in charge of developing the missile defense system, called Tuesday’s test result “an incredible accomplishment” and a critical milestone for a program hampered by setbacks throughout President Barack Obama’s administration.

“This system is vitally important to the defense of our homeland, and this test demonstrates that we have a capable, credible deterrent against a very real threat,” Syring said in a written statement announcing the test result.

Despite the success, the $244 million test didn’t confirm that under wartime conditions the U.S. could intercept an intercontinental-range missile fired by North Korea. Pyongyang is understood to be moving closer to the capability of putting a nuclear warhead on such an ICBM and could develop decoys sophisticated enough to trick an interceptor into missing the real warhead. 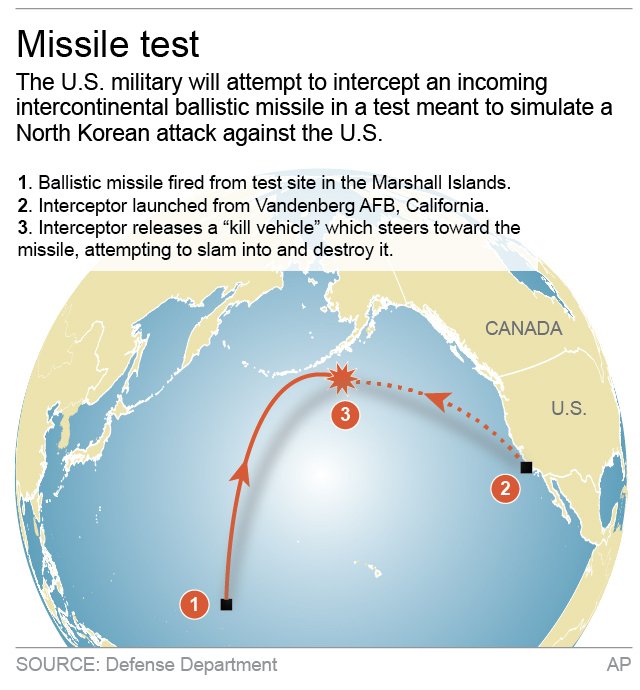 “Initial indications are that the test met its primary objective, but program officials will continue to evaluate system performance based upon telemetry and other data obtained during the test,” his statement said.

Philip E. Coyle, a former head of the Pentagon’s test and evaluation office and a senior fellow at the Center for Arms Control and Non-Proliferation, said Tuesday’s outcome was a significant success for a test that was three years in preparation.

Sponsored: Are YOU a victim of this deadly scam?

“In several ways, this test was a $244 million-dollar baby step, a baby step that took three years,” Coyle said.

The intercept test under Obama had suffered a spotty track record. Since the system was declared ready for potential combat use in 2004, only four of nine intercept attempts have been successful.

“This is part of a continuous learning curve,” said Navy Capt. Jeff Davis, a Pentagon spokesman, ahead of Tuesday’s test. The Pentagon is still incorporating engineering upgrades to its missile interceptor, which has yet to be fully tested in realistic conditions.

North Korea says its nuclear and missile programs are a defense against perceived U.S. military threats. Its accelerating missile development has complicated Pentagon calculations, most recently by incorporating solid-fuel technology into its rockets. The step would mean even less launch warning time for the United States. Liquid fuel is less stable and rockets using it have to be fueled in the field, a process that takes longer and can be detected by satellites.

In Tuesday’s U.S. test, the Pentagon’s Missile Defense Agency launched an interceptor rocket from an underground silo at Vandenberg Air Force Base in California. The target was an intercontinental-range missile fired from a test range on Kwajalein Atoll in the Pacific.

According to the plan, a 5-foot-long “kill vehicle” released from atop the interceptor zeroed in on the ICBM-like target’s mock warhead outside Earth’s atmosphere and obliterated it by sheer force of impact, the Pentagon said. The “kill vehicle” carries no explosives, either in testing or in actual combat.

The target was a custom-made missile meant to simulate an ICBM, meaning it flew faster than missiles used in previous intercept tests, according to Christopher Johnson, the Missile Defense Agency’s spokesman. It was not a mock-up of an actual North Korean ICBM, and details of its exact capabilities weren’t made public.

Officially known as the Ground-based Midcourse Defense system, the Pentagon likens the defensive tactic to hitting a bullet with a bullet. With congressional support, the Pentagon is increasing by the end of this year the number of deployed interceptors, based in California and Alaska, to 44 from the current total of 36.

While Tuesday’s test wasn’t designed with the expectation of an imminent North Korean missile threat, the military wants progress toward the stated goal of being able to shoot down a small number of ICBMs targeting the United States.

Laura Grego, senior scientist at the Union of Concerned Scientists, which has criticized the missile defense program, called the interceptor an “advanced prototype,” meaning it is not fully matured technologically even if it has been deployed and theoretically available for combat since 2004. A successful test Tuesday, she said, could demonstrate the Pentagon is on the right track with its latest technical fixes.

“Overall,” she wrote in an analysis prior to the test, the military “is not even close to demonstrating that the system works in a real-world setting.”

The interceptors are, in essence, the last line of U.S. defense against an attack by an intercontinental-range missile.

The Pentagon has other elements of missile defense that have shown to be more reliable, although they are designed to work against medium-range or shorter-range ballistic missiles. These include the Patriot missile, which numerous countries have purchased from the U.S., and the Terminal High-Altitude Area Defense, or THAAD, which the U.S. deployed this year to South Korea to defend against medium-range missiles from North Korea.

See the video of the impressive test below: