Vandals steal and damage $1,000 worth of carnival goods - The Horn News 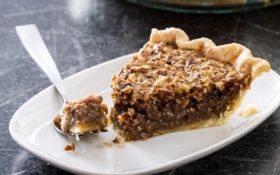 Apparently hungry and thirsty vandals have trashed a fairgrounds booth in Maine, stealing 120 whoopie pies and drinking half a gallon of iced tea.

John Youney, a director of the Skowhegan Lions Club, tells the Morning Sentinel that a refrigerator full of cookies was also emptied and that plastic gloves and silverware littered the floor.

Youney says there’s about $1,000 worth of damage or stolen goods.

The group discovered the break-in at their Skowhegan fairground booth Sunday morning and believes it occurred overnight Saturday.

Youney says whoever is involved can confess and work off their crime by assisting the club with its volunteer work.

A police officer said he could not comment on the investigation.