US stocks surge - The Horn News 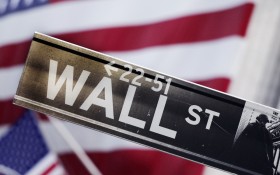 U.S. stocks are making their biggest gain in a month Tuesday after the Chinese government moved to stimulate its economy. Companies that make chemicals and machinery climbed as investors hoped demand for their products will rise. The price of oil also jumped, which sent energy companies higher.

CHINA FACTOR: China’s Cabinet approved measures to boost exports as Beijing struggles to reduce gluts in many industries and reverse an export decline that threatens to cause job losses. The moves include more bank lending, greater tax rebates, and support for export credits.

THE QUOTE: Bob Doll, chief equity strategist and senior portfolio manager at Nuveen Asset Management, said investors have been taking money out of stocks lately and were glad to see China’s government do something about the nation’s slowing economy.

“It’s just another small step on the way of China attempting to address the issue,” he said. “This is a ray of sunshine which is needed.”

SWEET SMELL OF SUCCESS: International Flavors & Fragrances, which makes ingredients for the food, cosmetics and consumer products industries, climbed $6.98, or 5.8 percent, to $126.87 after it reported strong results for the first quarter.

ALLERGAN ADVANCES: The maker of Botox and other medicines said it will buy back up to $10 billion in stock with proceeds from sale of its generic drug business, planned for later this year. The stock jumped $9.37, or 4.4 percent, to $223.08 after it rose 6 percent on Monday.

MIND THE GAP: Retailer Gap reported April sales were far weaker than expected as its recent struggles appeared to get worse. The parent of Gap, Old Navy and Banana Republic forecast a smaller profit than analysts had projected, and Gap said it is considering options for its overseas business. The stock fell $2.67, or 12.2 percent, to $19.14 and is trading at its lowest price since early 2012.

WATCHING AMAZON: Amazon reached an all-time high after it launched a self-publishing video platform called Video Direct. The move could make money for Amazon and budding filmmakers in the same way YouTube has created a community of online celebrities. Amazon climbed $21.03, or 3.1 percent, to $700.78.

SUNDOWN: SolarCity reported a larger first-quarter loss than Wall Street expected and cut its annual projections. The solar panel installer said bookings aren’t as strong as it expected and regulations held back its business. The stock shed $5.60, or 24.9 percent, to $16.91.

WORD ON THE STREET: Business information provider Dun & Bradstreet picked up $7.64, or 6.8 percent, to $119.40 after it posted a larger profit than analysts expected.

YEN WEAKENS: Japan’s benchmark Nikkei 225 added 2.2 percent as the dollar regained strength, a boon for the nation’s exporters. The dollar rose to 109.30 yen from 108.48 yen. The dollar has been very strong in recent years but has lost a bit of strength compared to the yen in recent months.

TIMBERRR: Flooring maker Lumber Liquidators Holdings reported a larger loss and weaker revenue than analysts expected, and its stock gave up 80 cents, or 5.9 percent, to $12.65. The company’s sales have fallen for five quarters in the row after some of its Chinese-made laminate flooring was linked to chemicals that can cause cancer.

JOB OPENINGS: U.S. job openings rose by the largest amount in eight months in March, the Labor Department said, but total hiring slowed down. The agency said job openings grew 2.7 percent to about 5.8 million. However the slower pace of hiring suggests employers were more reluctant to fill open positions as the economy grew at a slow pace.