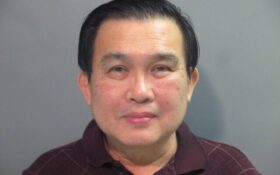 A suspended University of Arkansas professor has been indicted on multiple wire and passport fraud counts.

The 44-count indictment returned Tuesday in Fayetteville, Arkansas, accuses Simon Saw-Teong Ang of failing to disclose close ties to the Chinese government and Chinese companies when he obtained federal grants.

The university suspended the 63-year-old electrical engineering professor and removed him as director of the university’s High Density Electronics Center after his May 8 arrest by federal agents. Ang is free on a $200,000 bond. A message to his attorney was not immediately answered.

At the time of his arrest, federal authorities said Ang failed to disclose his ties on an application for a NASA grant. Such materially false representations to NASA and to the university led to numerous wire messages that facilitated a scheme to defraud, according to a federal complaint. At the time, a university spokeswoman said the school suspended Ang and is cooperating with federal investigators.

The FBI has been reaching out to colleges and universities across the country as it tries to stem what American authorities portray as the wholesale theft of technology and trade secrets by researchers tapped by China. The breadth and intensity of the campaign emerge in emails The Associated Press obtained through records requests to public universities in 50 states. The emails underscore the extent of U.S. concerns that universities, as recruiters of foreign talent and incubators of cutting-edge research, are particularly vulnerable targets.